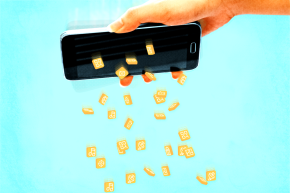 Google’s Instant Apps Will Stop Eating Up Your Memory

The company is testing apps you never have to download

Imagine a world where you can access single-purpose apps without downloading them to your phone and taking up precious memory space. Well, Google seems to have the solution and they’re called Instant Apps.

Instant Apps allow Android users to click on URLs that immediately takes them to an app-like interface in which they can read an article, watch a video or complete a transaction.

These types of apps can be great for smart parking meters, QR codes at museums and other types of services in which you don’t want to deal with the mobile browser, but also don’t want to download a full app.

Android is just testing this feature, but if it receives enough positive feedback then it might expand the experience to all users. The test trial currently only supports a very limited number of apps including BuzzFeed, Wish, Periscope, and Viki.

Instant apps will let users experience the best of apps, “fast and beautiful users interfaces, high performance, and great capabilities—with just a tap,” according to the Android Blog.

This is not the first time that we see a similar seamless procedure with apps and URLs. Instant Apps are actually very similar to the idea of Instant Articles, which both Google and Facebook released a couple years ago. Both break down a URL into only the important small pieces of information required to run instantly — which means there’s no lag or buffering.

In the future, you might never have to worry about the memory running out on your phone again.