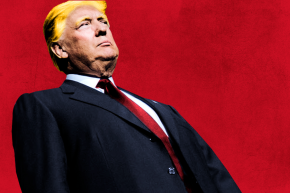 On Monday, Donald Trump signed a presidential memorandum that implements a hiring freeze of essentially all non-military government employees. Now multiple reports indicate the administration has frozen all of the Environmental Protection Agency’s grants and contracts and placed what appears to be a gag order on multiple agencies. Taken together, these actions represent something more ominous than the typical presidential transition, according to one advocate for public employees.

“This is a much more intense disruption of federal services that has all the earmarks of a hostile takeover,” said Jeff Ruch, the longtime director of Public Employees for Environmental Responsibility, an advocacy group that works with government employees at environment and natural resource agencies. “And we think it’s just the first act. We think the hammer will fall when the Trump administration budget for 2017 is unveiled.”

According to an internal USDA email obtained by BuzzFeed, the Agricultural Research Service will immediately stop releasing any public-facing science, which includes a halt to “news releases, photos, fact sheets, news feeds, and social media content.” Similar clampdowns on communication, including social media use by employees, have reportedly also occurred at the National Parks Service and the EPA. And between the gag order and the freeze on its current work, two former EPA employees have taken to social media to deplore the agency’s plight.

Since presidential transitions are relatively rare and social media is far more pervasive now than it was when Barack Obama took office eight years ago, it can be tricky to parse which of Trump’s moves are truly concerning and which are more or less standard operating procedure. After all, it’s reasonable enough for the Trump administration to not want agencies to, say, put out press releases praising Obama-era activities, just as the Obama administration wouldn’t have wanted similar statements about Bush-era work. But the parallel can only be extended so far.

“The contrast at least with the Obama administration is there weren’t, as far as we heard, any gag orders — if anything, there were transparency policies,” said Ruch. “At least in terms of policies, they were proposing things like more open scientific integrity. There’s no counterpart here.” The Obama administration didn’t necessarily always live up to its commitment to transparency, but the Trump White House has in its first days taken what were previously selective restrictions on government communication and replaced it with a blanket ban.

This all dovetails with the other big story of the transition: Trump is massively behind in filling hundreds of key positions throughout the executive branch. Even if the administration wanted to be surgical in limiting who employees can talk to or whom the EPA deals with, it hasn’t yet bothered to appoint the high-level personnel needed to make that happen. For instance, Trump’s memo suggests the hiring freeze will last for 90 days, at which point the director of the Office of Personnel Management will help put forward a long-term plan on reducing the number of government employees. There’s just one tiny problem: Trump hasn’t yet named a director of the Office of Personnel Management.

To what extent all these different strands of dysfunction are coincidental or instead represent a concerted opposition by the White House to the basic functioning of government is a matter of speculation, but the near-term consequences could be grave. Ruch pointed out that the freeze on EPA grants and contracts means the agency must stop any cleanup projects of contaminant sites, while the gag order on public employees goes beyond not being able to communicate with Congress or leak to the press.

“Assuming these reports are accurate out of USDA and EPA, say you’re a scientist scheduled to make a poster presentation at a prestigious conference — you can’t,” he said.

When asked what, if any, precedent there was for the Trump administration’s actions, Ruch said the closest comparison was that of Ronald Reagan, who explicitly ran his 1980 campaign on the idea that government was the problem, not the solution. What similarities do exist with Obama-era actions require comparing serious but isolated incidents with something much further-reaching. In November 2015, Ruch’s organization blasted the USDA and its Agricultural Research Service for the politically motivated censoring of a presentation on insecticide risks.

“That’s akin to what Trump has done, but Trump has put it on steroids and made it all encompassing,” said Ruch. “No light will emerge from the Agricultural Research Service.”