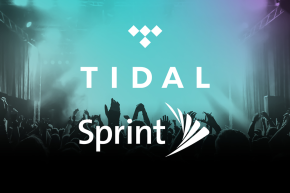 With its rights to release high-profile albums like Beyoncé’s Lemonade and Kanye’s Life Of Pablo, the streaming service Tidal is known to be exclusive. But it’s about to become even more exclusive by partnering with one of the least popular wireless carrier in the U.S.

Sprint announced on Monday that it bought 33 percent of Jay Z’s Tidal, which is still the least popular among major streaming services regardless of the star power behind it, including Rihanna, Madonna, and Daft Punk.

“Sprint shares our view of revolutionizing the creative industry to allow artists to connect directly with their fans and reach their fullest, shared potential,” Jay-Z said in a press release.

The idea behind the partnership is draw customers to both platforms, enticing them with exclusive music content. Based on the latest quarterly earnings reports, Sprint is the least popular wireless carrier amongst the top four. Verizon, AT&T and T-Mobile beat the company, based on subscriber numbers.

Billboard reported in March that Tidal has more than 3 million users, who are all paid subscribers, but with Sprint’s deal, its users could potentially increase by 45 million. Sprint said that Tidal will now be bundled with data plans and offer exclusive content to its retail customers.

It was not disclosed how much Sprint invested in Tidal’s 33 percent, but Billboard reports its stake was purchased for $200 million. The 17 artists who co-own the streaming service will continue to have partial ownership.

Neither Sprint nor Tidal have unveiled what type of content will be exclusive to its customers, but hopefully it’s not another Beyoncé album. Subscribing to a new streaming service to listen to your favorite artist is one thing, but changing cellphone carriers is a whole other problem.