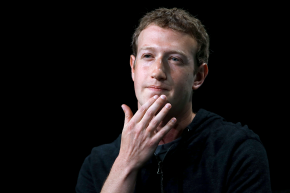 If Mark Zuckerberg Doesn’t Run His Facebook, Who Does? His Employees
By Alejandro Alba

If Mark Zuckerberg Doesn’t Run His Facebook, Who Does? His Employees

It seems Facebook CEO Mark Zuckerberg has time to do it all: be a parent, run a company with one billion users, learn Mandarin, build an entire AI system for his home, and try visit all 50 states. However, the one thing he doesn’t have time for is posting on his own Facebook profile — he hires people for that.

Zuckerberg has a team of people that make sure his profile looks better than yours, according to Bloomberg Businessweek. The employees behind the CEO’s News Feed write most of his speeches, videos and posts and also make sure to delete all spam and edit his comments.

Along with a team of writers, Zuckerberg also has a team of professional photographers that go with him on family vacations, events and international travels to photo journal his experiences and share them with his more than 84 million followers on Facebook.

Zuckerberg is probably not the only Facebook executive who has team to clean up his online persona. COO Sheryl Sandberg is just as important online and constantly shares updates on the company that seem way too polished. However, she’s also used her profile in genuine ways to talk about workplace inequality and share her husband’s sudden death.

It’s typical for a high-profiled person such as Zuckerberg to have an assistant that types out posts, takes pictures of him while traveling and even impersonates him by posting updates on company growth and sales. Kim Kardashian has an assistant, the Obamas had assistants, and even Donald Trump has assistants that tweet for him — when he chooses not to call people “overrated” himself. But it’s kind of ironic, given that Facebook is his product.

Keeping up a persona is crucial to Zuckerberg lately, given all the rumors that he’s dipping his toes into politics. Have a curated profile that puts him in a positive light will help him run for public office, something he hasn’t confirmed but has hinted at with all his recent work — like going on tour and visiting all 50 states.