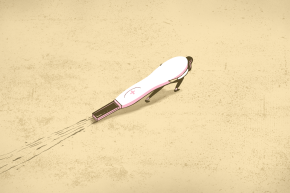 Abortions Dropped By Half In Counties Hit Hardest By Texas Law

In 2013, Texas passed one of the country’s most restrictive anti-abortion laws, forcing 24 of the state’s 41 abortion facilities to close and rates of abortions in the state to drop. Now a new study has found that not all Texan women felt the effect of the law equally. Metropolitan areas and places where the distance to a clinic didn’t change saw relatively small drops in the abortion rate, whereas abortions in the state’s most rural areas — where it’s hardest to get to a clinic — were cut nearly in half.

The U.S. Supreme Court struck down some of the bill’s most prohibitive parts in 2016, but the damage to abortion access to Texas seems like it’s already been done. Researchers at the University of California, San Francisco, writing in the Journal of the American Medical Association, found that a woman’s average distance to the nearest abortion clinic increased by an average of 51 miles. The personal trauma and anguish of those extra 51 miles has already been well-documented, and this study now shades in just what the extra distance means in terms of the overall number of abortions performed.

Abortion rates are declining nationally, as recent statistics show, but they are declining at faster rates in Texas. Overall, the number of abortions in the state dropped from 66,098 in 2012 to 53,882 in 2014, or 18 percent.

But the abortion rate for women living an additional 50 to 99 miles from the nearest clinic dropped 36 percent, while the rate for those living 100 or more extra miles was cut in half. Numbers dropped the most for women in western and southeastern Texas, the areas most affected by clinic closures. And unless you believe that the number of unwanted pregnancies in those counties also dropped by 50 percent, there’s then the question of what these women ultimately chose to do.

“Yes, this is tricky,” UCSF researcher and study co-author Daniel Grossman told Vocativ in an email, saying county-level birth data would be needed to get some sense of how many women who lost abortion access ultimately gave birth, but that information isn’t yet publicly available.

Others factors that may have affected abortion rates in Texas include increased wait times at clinics and the state’s simultaneous assault on Planned Parenthood and family planning. In the same 2012 to 2014 period, the abortion rate remained much the same for counties where the distance to the nearest facility didn’t change much. But Grossman said this could also mask two separate trends: a smaller percentage of women with abortion access and a larger number of women with unwanted pregnancies. Either way, for half of the women living in the state’s most remote counties, the challenges of abortion access became just too great.

“The bottom line is that distance matters,” said Grossman. “As the geographic barriers to abortion care become greater, at some point they become insurmountable, and women cannot get the abortion they want or need.  This is a clear example of undue burden.”