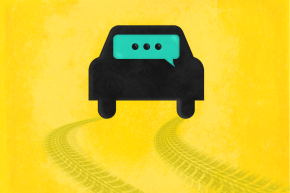 Though Apple has owned a patent that would prevent people from using their apps while driving since 2014, the company has yet to implement it. Now, advocates working to combat distracted driving have filed a lawsuit against Apple claiming that the company has been criminally negligent.

The class-action lawsuit, filed by a California man who sustained a back injury after he was hit by a distracted driver using her iPhone, alleges that Apple’s iPhone is responsible for 52,000 automobile accidents and 312 deaths ensuing within the state each year, as per data from state and federal agencies. Julio Ceja, the plaintiff, seeks an injunction that would bar Apple from selling iPhones in California until the company equips all currently-owned and future iPhones with “lock-out” mechanisms.

Just last month, the family of a five-year-old girl who died after another driver using FaceTime rammed into their car filed a similar lawsuit against the company. While the suits seek different reparations for Apple’s failing to install a lock-out mechanism, both claim that the reason for the company’s hesitancy is the prioritization of profit over consumer safety.

“Fearful that such a device would cause it to lose valuable market share, Apple refuses to employ the technology, choosing instead to allow the massive carnage to occur,” Ceja’s lawsuit alleges.

While law professionals have questioned the likelihood of a verdict in favor of the plaintiff in past cases of this nature, the National Highway Traffic Safety Administration does suggest that electronic device manufacturers create and implement a feature that restricts people from using their phones while driving. And some researchers believe that we may be experiencing some level of cell phone addiction, giving more credence to the argument that regulations should be imposed and calling into question how much ethical responsibility a phone company carries in allowing customers to be put in danger.