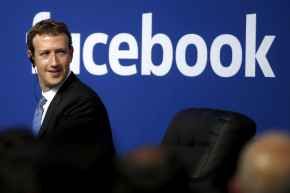 A coalition of over 70 human rights organizations and activists accused Facebook of “racially biased censorship” in a letter released on Wednesday.

In October of last year, the coalition, which includes the ACLU, SumOfUs, and Center for Media Justice, penned a letter to Facebook founder and CEO, Mark Zuckerberg urging him to seriously address the social network’s use of censorship. The letter came after the organizations confirmed Facebook’s censorship of footage documenting Korryn Gaines’ violent encounter with police.

Facebook’s Vice President of Global Public Policy, Joel Kaplan, issued a response letter on December 29 to address the coalition’s concerns. “Our team processes millions of reports of abuse each week, and we sometimes get things wrong,” he wrote. “We do not remove content simply because police ask us to, nor do we remove content simply because it depicts or describes an encounter with the police.”

In Wednesday’s response to the Facebook letter, the coalition said Kaplan “merely explains current, publicly available Facebook policies” and “inadequately addresses our concerns about the consistent and disproportionate censorship of Facebook users of color or Facebook’s interactions with law enforcement.”

“We’re still in the dark about how Facebook censors users and collaborates voluntarily with law enforcement,” said Reem Suleiman, campaigner at SumOfUs, in an email statement to Vocativ. “Facebook needs to come clean with the hundreds of thousands of people asking for transparency and public accountability. This letter and the response from Facebook is not good enough when safety, and lives, are at risk as a result of opaque corporate policies.”

The coalition’s original letter urged Facebook to take a number of actions that would protect the rights of Facebook users by making censorship rules “clear and accessible to the public,” by creating a public forum to appeal censored content, subject censored content to an external audit to assess the human rights outcomes, and by refusing to disclose customer content and data unless required by law.

Facebook has been criticized for a number of recent incidents, including the removal of the iconic “napalm girl” photograph from the Vietnam War, reports of censorship of live footage from the Dakota Access pipeline indigenous resistance, continued reports of Black activists’ content being removed, and disabling the accounts of Palestinian journalists.

Following the election, Facebook also came under fire for disseminating fake news, which some allege contributed to Donald Trump’s presidential victory. While Zuckerberg at first claimed that it was “extremely unlikely” Facebook played a role in the election results, the company has since taken steps to address public concern for their role in disseminating news. Last week, the company launched the Facebook Journalism Project in an effort to better collaborate with the media world and improve how content is shared and disseminated on their platform.

In the coalition’s most recent letter, they urged Facebook to expand the ability to appeal removed content from only pages and profiles to cover individual posts, photos and videos that have been removed. They asked Facebook to cite the guidelines a post has violated once it is removed, and for the Community Operations Team and all content reviewers to undergo training on racial discrimination and racism in the U.S.

“In a time when democracy is under great threat, we strongly urge you to reconsider our recommendations,” the coalition stated. They also called for an in-person meeting in late January or early February at Facebook’s Menlo Park headquarters in California.