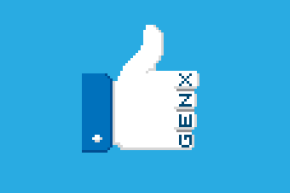 Generation X — Not Millennials — Spend Most Time On Social Media

At seven hours a week, that's a lot of our lives on Facebook

Over the past few years, studies have blamed millennials for being workaholics, not religious, pot heads, vain, not willing to commit, and you get the idea. However, there’s now a study that hands over the millennial crown to Generation X for one annoying habit: not being able to get off social media.

Nielsen released a new study this week revealing that those between ages 35 and 49 spend at least seven hours a week on social media. Millennials (ages 18 to 34) on the other hand, only spend about 6 hours per week on social media. It’s not much of a difference, but enough to make it clear that older generations are equally into bragging about their vacations and ranting about politics and whatnot.

About 39 percent of heavy social media users believe that learning about products, services, and discounts on social media is an important reason for using the platform. When it comes to TV programming, about 61 percent of women are on Facebook interacting about something TV-related.

Nielsen suggests that retailers and the television industry should be courting this group on social media to expand their brand and engage more users, especially on Facebook, Instagram and Twitter, which are the top three platforms on smartphones.