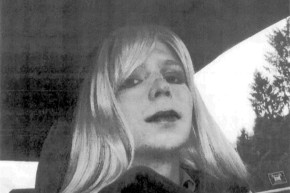 Chelsea Manning Will Go Free In May, After Obama Commutes Sentence
By Kevin Collier

Chelsea Manning Will Go Free In May, After Obama Commutes Sentence

After six years in military prison, the WikiLeaks source will return home

President Obama has commuted the sentence of Chelsea Manning, the former Army intelligence officer who controversially gave WikiLeaks a cache of military documents in 2010.

Her sentence will expire May 17, at which point she will be able to return home, the White House said in its formal statement. A commutation is different than a presidential pardon, which would immediately free a person that same day.

Manning is widely regarded by her supporters as a whistleblower, in large part because that cache contained a 2007 video in which an Army helicopter pilots laugh as they shoot and kill a dozen civilians, including two Iraqi Reuters journalists.

She pled guilty to violating the Espionage Act in 2011 and was sentenced to 35 years in prison, a sentence supporters have long described as far outweighing the crime. Manning, who is transgender, was placed in a men’s military prison, and was frequently subjected to solitary confinement, which a United Nations report declared “can amount to torture.” In 2016, she won the right to transition surgery in 2016 after a hunger strike, but never received it. In recent months, she attempted suicide several times.

“Obama may well have just saved Chelsea Manning’s life. Freeing her is clearly and unambiguously the right thing to do,” Sarah Harrison, acting director of the Courage Foundation, a pro-whistleblower nonprofit that represents Manning, said in a statement. In its own statement, Amnesty International called Manning’s pardon a “long overdue positive step for human rights.”

Recently, supporters have ramped up calls for Obama to commute the sentences of both Manning and Edward Snowden, the National Security Agency whistleblower who gave agency documents to journalists. But despite the more than one million people who recently called for Snowden’s release, it’s been clear that the White House views his case very differently from Manning’s. In recent days, White House press secretary Josh Earnest has repeatedly insisted that Snowden’s disclosures did more damage to U.S. national security than Manning’s and has contrasted Manning’s guilty plea and apology with Snowden’s decision to seek asylum in Russia. A week earlier, Snowden, who said he was inspired by Manning’s decision to leak to WikiLeaks, tweeted that Manning is more deserving of clemency than he is.

It’s unclear how this will affect WikiLeaks founder Julian Assange, who has spent the past four and a half years in the Ecuadorian embassy in London. Assange is wanted for questioning for a sexual assault case in Sweden, though he has not been charged, and is widely believed to fear he will be extradited to the U.S. if he leaves. On Thursday, WikiLeaks posted to Twitter that Assange “will agree to U.S. extradition” if Manning received clemency, though there is no formal extradition request for Assange.