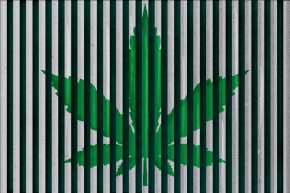 How The War On Drugs Is One Long Human Rights Violation

The war on drugs is far from just an American phenomenon. For more than 50 years, global policy has been built around creating what the United Nations once called a “drug-free world.” Now high-ranking public officials at the U.N. are making it a point to speak out against the drug war’s terrible effects.

In three pieces in the British Medical Journal published on Tuesday, health experts describe how the global drug war is the cause of massive human rights violations. From drugs that are desperately needed by people dealing with chronic pain to users who face extreme social stigma and mass incarceration, the global effort to curb drug use has been a disaster.

That two of the four authors are U.N. officials underlines how much the organization has rethought its approach to drug policy in the 19 years since its Commission on Narcotic Drugs called for a drug-free world. As one of the other authors points out, that slogan never made much sense, considering the U.N. itself has long called for easy access to needed medical and scientific drugs. But that’s just the problem: When does a drug move from a necessary treatment to the fuel for an addiction epidemic? The ongoing opioid addiction crisis is that problem writ large, but the authors also point to the opposite issue with marijuana, where its early categorization as a harmful drug diverted researchers and policymakers from properly considering its potential as a pain medication.

Basically, the authors argue that the current approach is the worst of all worlds. The drive to criminalize drug use has led to mass incarceration, and there prisons are the least likely places to provide needed health care or protect people from other conditions like HIV and hepatitis C. Those drug users who escape incarceration are often driven underground, forced to use dirty needles in unsanitary conditions that increase the chances of disease transmissions. Michel Kazatchkine, a senior U.N. envoy for HIV/AIDS policy in eastern Europe and Central Asia notes in his paper that Russia has some of the most brutal, unforgiving drug policies in the world — and it’s also one of the only places on the planet where the HIV epidemic is growing.

On the other side, an estimated five billion people live in countries with inadequate access to needed pain meds, which, yes, includes opioids. While the widespread availability of opioids in the United States has had its own, well-documented problems, the dangers of inadequate access in the rest of the world are even more straightforward: Either people live in chronic, possibly debilitating pain, or they seek out heroin on the street to substitute for the morphine they can’t get prescribed.

As Kazatchkine argues at the end of his paper, all the available evidence suggests a drug policy built on reducing harm instead of criminalizing use has the best short- and long-term impact. But as long as countries still trot out their variation on the old “Just say no” line, people will continue to suffer needlessly from the war on drugs.