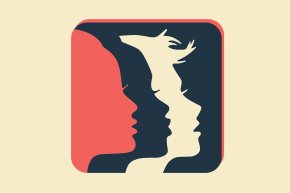 Plan on heading to D.C. to demonstrate this weekend? There's an app for that.

Now even demonstrations get their own app. The creators of the Women’s March On Washington have launched an app aimed at making the gathering easier to navigate for its expected 200,000-plus attendees. The march is set to take place on January 21, the day after president-elect Donald Trump’s inauguration.

After creating a profile, which can be imported through LinkedIn or input manually, users on the app can access the information also listed on the event’s website, such as the mission and vision, sponsors, principles, committee, bus schedule, and FAQs.

The app also features a forum for users to discuss why they plan on attending, seek help coming up with protest sign ideas, and offer advice like packing what you plan on carrying in a clear tote bag. It has also already been used by at least one person in an attempt at trolling, by sharing anti-choice views.

The march itself first began as a Facebook post, and much of the grassroots organizing has occurred there as well. Artists who plan on selling their Anti-Trump and pro-women themed wares have also been using Instagram to get the word out. Skedaddle, an app for booking buses has also been widely used in helping those without their own form of transportation crowdsource and simultaneously fund their ride to D.C. on Saturday. Firechat, an encrypted messaging app that was used by Hong Kong democracy demonstrators (and Bernie Sanders’ fans at the Democratic National Convention) is also being suggested for use by some individuals who plan on being in attendance.