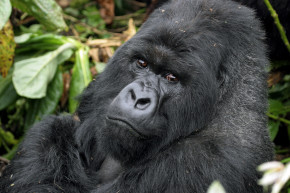 Many Primates Could Go Extinct In Your Lifetime
By Alexandra Ossola

Many Primates Could Go Extinct In Your Lifetime

60 percent of species could be wiped out in the next 25 to 50 years, unless major changes are made

We humans love our primate relatives. Not only do we enjoy watching them do human-like things like pet a dog or get drunk and punch photographers, but they are also essential parts of their ecosystems and hold important scientific information about our shared biology. Now, because of human activities, their survival is in question; if the trend continues, most primates could go extinct in the next 25 to 50 years, experts predict in a new study.

Scientists estimate that there are more than 500 species of primates spread across 90 countries on three continents. That includes some of humans’ closest cousins in the animal kingdom, such as orangutans, chimpanzees, and gorillas, plus some more distant relatives such as the slow loris and squirrel monkeys. As both predators and prey, they fill many different ecological niches within their ecosystems.

More Low Social Status Hurts Your Immunity, Even If You’re A Monkey

Over the past few decades, though, human activities have put primates’ continued existence at risk. Farming of crops like rice and soy beans and raising livestock, combined with deforestation for agriculture and for logging, are among the biggest threats. Other, more direct activities, such as hunting (both legally and illegally) and drilling for oil and gas in their habitats also endanger primate populations. A warming climate is changing the delicate ecosystems in which primates live, and because they reproduce relatively slowly, primates are struggling to adapt. Increased attention from human researchers put primates at greater risk of contracting pathogens.

In the study, published Wednesday in the journal Science Advances, 31 primatologists predicted how long it would take for those primates to go extinct and why. They looked at the conservation status of these different species using the standard International Union for Conservation of Nature (IUCN) Red List and the United Nations database to assess human threats, such as rates of deforestation, hunting, and agricultural growth.

They estimated that 60 percent of primate species could go extinct in the next 25 to 50 years. Because of their physiology and varying degrees of human pressures, some species are more threatened than others—a family of monkeys called colobines, which live in southeast Asia, are among the most threatened because they are relatively large, reproduce slowly, are aware during the day, and live only within a certain geographic area.

“Considering the large number of species currently threatened and experiencing population declines, the world will soon be facing a major extinction event if effective action is not implemented immediately,” the researchers write.

In order to slow the rate of extinction, the researchers suggest first improving the lives of the 5 billion people living around primates. Decreasing human birth rates and making sure that human societies, many of which are impoverished, have stable access to food and land, would put less pressure on primates living nearby. They also suggest expanding protected areas of primate habitat and using technology to monitor their habitats and populations.

The situation is bleak, the researchers write, but it’s not a lost cause. They remain optimistic. But in order to save the primates, there need to be immediate changes. “Unless we act, human-induced environmental threats in primate range regions will result in a continued and accelerated reduction in primate biodiversity,” they write.