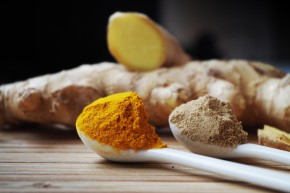 Review finds few, if any, therapeutic benefits from taking its active ingredient

Turmeric, the popular spice that gives curry and mustard its yellow-orange hue, has had a long reputation as a so-called superfood. It’s been claimed as helpful in treating cancer, Alzheimer’s Disease, hangovers, and amazingly enough, both baldness in men and too much body hair in women. And scientists have spent millions of dollars studying the suspected compound responsible for turmeric’s healing power, curcumin.

Unfortunately, if not surprisingly, a new review published in the Journal of Medicinal Chemistry is making the case that all of this praise and attention is way overblown.

Researchers took a lengthy look at the science surrounding curcumin. The main problem with curcumin, they concluded, is that while it’s shown plenty of promise in early lab studies, it’s fallen flat on its face when tested out in the real world.

“To our knowledge, [curcumin] has never been shown to be conclusively effective in a randomized, placebo-controlled clinical trial for any indication,” they wrote. For added bluntness, they then compared it to an experimental “missile that continually blows up on the launch pad.”

To take from one of many examples illustrated in the review, curcumin has been found to easily kill cancer cells in a petri dish. But unlike actual cancer drugs, it isn’t that selective — it’ll kill normal cells just as quickly if it gets the chance. Fortunately for curry lovers, if not holistic gurus, our bodies don’t really absorb curcumin that well, dulling any effects it could have on us, good or bad. And while curcumin isn’t particularly dangerous, the doses needed to get it into our system at all are enough to give some people a bad case of the runs and other side effects.

Curcumin also seems to be part of a group of chemicals called pan assay interference (PAIN) compounds. PAIN compounds are a persistent problem in biochemistry and drug development, because they muck with the standard tests that show whether a chemical could affect something in the body by binding to a specific protein, the first step of finding a potential drug. More simply, they create false positives that can fool researchers into thinking a chemical is more potent than it really is.

Far from bashing natural herbs and products, a still-common resource for promising new drugs, the authors simply think it’s time both scientists and us common folks started dialing down tumeric’s hype machine. It could have a place on our spice rack as well as in our medicine bag, but it certainly won’t be miraculous as many fans now say it is.