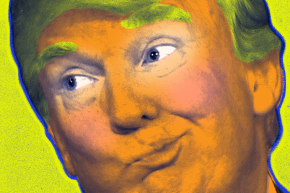 Anti-Vaxxers Are So Eager For Trump To Take Charge

Leaders of the movement that could endanger America's public health: 'What an amazing day!'

While plenty of people are planning to protest incoming President Donald Trump on inauguration day, one group is eagerly awaiting his move to the White House — anti-vaccination advocates.

On Tuesday afternoon, Robert Kennedy Jr., the political scion and environmental activist, told reporters that his meeting with Trump earlier that day ended with Trump asking Kennedy to chair a commission focused on “vaccine safety and scientific integrity.” He then said he accepted. In a later interview with Science Magazine, Kennedy stated that the commission would have a dozen members — “a mix between science people and prominent Americans” — and focus on making sure that “good science” was coming from the Centers for Disease Control and Prevention, the agency that devises federal vaccine recommendations through its Advisory Committee on Immunization Practices.

Though Kennedy has said he supports vaccinations, having given them to his own children, he’s also repeatedly peddled the inaccurate claim that various vaccine ingredients, particularly the mercury-based preservative thimerosal, are causing an epidemic of neurological conditions like autism spectrum disorder in children. More recently, he’s plainly compared the mandatory vaccination of children to a “holocaust” in the making.

More A Large Study Debunks Yet Another Common Anti-Vaxxer Claim

Soon after Kennedy’s announcement, a Trump spokesperson rebuffed some of Kennedy’s version of events. According to the Trump camp, the President-elect is merely “exploring the possibility of forming a commission on autism, which affects so many families,” but hasn’t made any final decisions yet.

Kennedy, for his part, has stuck to his guns. His non-profit organization, The World Mercury Project, is happily repeating his announcement as fact, both at the organization’s website and on its social media accounts. And supporters of the cause are by and large on board.

Del Bigtree, the producer of Vaxxed, a recently released documentary that claims to show the CDC’s burying of unfavorable vaccine research, was certainly ecstatic about the news. “What an amazing day!” he proclaimed in a Facebook Live video January 10th. “We the people of the United States are taking back our freedom. The pharmaceutical industry cannot and will not own our bodies or the bodies of our children.”

It’s difficult to surmise how much direct sway Trump would have over vaccine policy, though. As Stat News has diligently reported, the President has no control over state regulations that govern whether people can opt their children out of vaccinations required to enter the public school system, through what are called personal belief exemptions. And the CDC’s vaccine committee members, all with scientific expertise, are nominated and vetted through an extensive process, not freshly appointed at the start of a new presidential term.

But like so many of the causes Trump championed during his election, the anti-vaccination movement was actually on a trend of losing broader support prior to its unexpectedly winning a friend in the White House.

Last July, California put into effect a law that banned personal belief exemptions for children attending public school, a move prompted by a large multi-state outbreak of measles which largely spread among the unvaccinated two years earlier. States like Vermont have followed suit as well, and those already without personal belief exemptions like Connecticut have or are trying to make it harder for parents to falsely claim a religious exemption.

And though anti-vaxxers have remained a dedicated force over the past twenty or so years, they’ve never truly been mainstream. According to a 2015 Gallup poll, while only 54 percent of Americans believed it’s extremely important that kids get vaccinated, a dip from the 64 percent who said the same in 2001, more than 80 percent thought it was important regardless. And only 6 percent believed vaccines cause autism.

If you wanted to sum up the movement in a nutshell, you could no better than look at one of its figureheads, Andrew Wakefield, the director of Vaxxed. Once a respected researcher whose 1998 study showing a link between the Measles, Mumps, and Rubella (MMR) vaccine and a stomach condition linked to autism made headlines, Wakefield’s MMR research was eventually discredited for “serious misconduct,” and he was disbarred from practicing medicine in the UK in 2010. His latest exploits now involve speaking at conspiracy theory-themed cruises, while any attempts to win back respectability have fallen flat— Vaxxed, for instance, earned a paltry $1 million following its release last April.

President-elect Donald Trump, however, is the most powerful person to come out swinging for the movement since Wakefield’s heyday (Trump even met with Wakefield and other activists during and after his campaign). And it’s worth shuddering at what that might mean. Vaccine denialism is traditionally bipartisan, even if those on the left are slightly more likely to believe in it. Indeed, Robert Kennedy Jr. is a Democrat and endorsed Clinton this past election. And Trump has had an uncanny ability to voice seemingly unpopular positions within right wing circles, like an expanded social net and healthcare, only to get his supporters on board soon after.

Then again, Trump also says one thing and does the complete opposite all the time. And there are at least some in the movement who are well aware of that.

“I’m as antivax as you can get but No koolaid needed to see how Trump is a pathological Liar who bullies and belittles people, cheats his own contractors out of the money he owns them [and] makes fun of anyone including disabled people who disagrees with him [sic],” said one commentator on a popular “Vaccine Resistance” Facebook group of over 25,000 members.