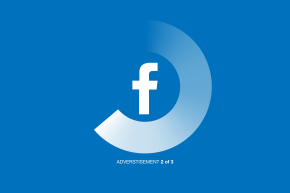 Did no one ever teach Zuckerberg that it's rude to interrupt?

In the age where most of the video we watch is streamed, often without advertisements in the middle, it’s hard to remember exactly how annoying it is to be interrupted by commercial breaks in the middle of watching something. But Facebook may soon help remind us.

According to a report from Recode that cites unnamed industry sources, Facebook is planning on introducing a “mid-roll” ad format. This would allow video publishers the option of inserting ads into videos that run for at least 90 seconds after they’ve been viewed for at least 20 seconds. This is contrast to YouTube, where usually you see ads before a video begins.

The idea is aimed at helping online publishers bring in revenue: they would receive 55 percent, while Facebook would keep the rest. This strategy builds on the social media site’s decision to allow sponsored video content to be published on the platform last year in order to quell the concerns of publishers. Annoying as the intrusion may be for viewers, this plan — if used by internet publishers — could prove hugely profitable. As of last year, Facebook users were watching over 100 million hours of video on the site per day.

It has also been reported that Instagram, which is owned by Facebook, also plans to introduce an adjusted video advertising model. According to Advertising Age, the platform will allow advertisers to place ads into live videos — both as they are viewed in real-time and after the fact — as well as in between individual Instagram Stories. Snapchat Stories, which preceded Instagram Stories by over two years, already has this feature, making Instagram’s decision to replicate it is hardly surprising.