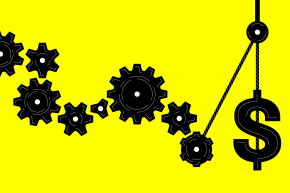 Society might value science and engineering grads, but for schools, the price is high

Politicians from both sides of the aisle have long argued for college students to choose science and engineering majors over liberal arts, with President Obama singling out art history in 2014 as a major unlikely to get someone ready for a well-paying job. And there’s truth to that, as a report last year found that students who majored in the STEM fields of science, technology, engineering, and math typically had far greater earning power than their peers in the humanities. But never mind what the students might make later — what about the universities that have to pay for these different fields?

That’s the topic of a new working paper by economists from Yale University and the University of Chicago, as they examined the different costs per student of 28 majors in Florida’s public university system. They looked at the number of instructors and how much they were paid, as well as other costs like student services, administration, and financial aid. Taking everything together, they found STEM majors like engineering and the physical sciences cost around twice as much as the least expensive majors, like business and library sciences. That doesn’t mean STEM fields aren’t worth universities’ money, especially when they are also seen as crucial to keep the United States scientifically and technologically competitive with the rest of the world, but it’s worth understanding just how much of that money they cost.

The average cost for the 28 majors was about $41,000. By that standard, some classic liberal arts majors — the ones often mocked as a waste of money for students — are a relatively good deal for universities. Both English and philosophy come in as less expensive than the average, although art isn’t looking too hot at a robust $43,000. Computer science is the only STEM-related field that is below the average in costs, and two fields also associated with high long-term earning power — business and law —are downright bargains.

As the authors point out, these wildly different costs for majors means any school where all students pay equal tuition fees is effectively having one set of students subsidize the others. It sure appears that, contrary to what the rhetoric around higher education might suggest, it’s the English and philosophy majors — and the business and law majors, to say nothing of the future librarians — who are shouldering the extra costs of the STEM majors, along with the art and architecture students. In fact, Florida Governor Rick Scott has previously proposed varying tuition by major, but with STEM students getting the discount despite the increased cost of educating them. That’s not necessarily unjustifiable, especially if society places more value on producing graduates versed in the sciences rather than the liberal arts, but it’s worth understanding just who is paying for whom.