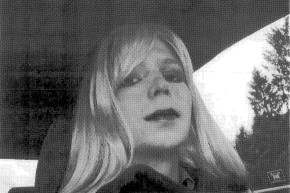 Manning was sentenced to 35 years in military prison for leaking to Wikileaks.

Chelsea Manning, the Army soldier who was handed a 35 years prison sentence in 2010 for leaking military files to Wikileaks, may be on President Obama’s short list of sentence commutations before he leaves office.

This comes from NBC News, which cited an unnamed Justice Department official. The report said a decision on Manning could come as soon as Wednesday, though Obama has until his last day in office to do so. High profile or controversial pardons and sentence commutations, as this would be, typically come at the end of presidents’ terms.

In her statement asking for clemency, Manning said she took “full and complete responsibility” for leaking the documents, but believed she had “served a sufficiently long sentence.” Manning attempted suicide twice in 2016 and went on a hunger strike last September to protest her treatment in prison as a transgender woman; she ended it when the Army agreed to give her gender reassignment surgery.

Chase Strangio, a staff attorney for the ACLU who is representing Manning, said in a statement that his client has been “systematically mistreated” and “denied her access to medically recommended gender-related health care.”

“Chelsea won’t survive another five years in prison, much less another 30,” Strangio said. “President Obama has nine days to do the right thing and commute her sentence. The world is watching, and we hope that he stands on the side of justice, and that his legacy will be one of standing up for trans people’s rights, not having extinguished one of our community’s brightest lights.”

He added that upon hearing that Manning might be on the short list, he was “incredibly emotional” and was “letting myself feel a bit of hope … It feels like the possibility of saving a close friend and hero.”

Mr. President, if you grant only one act of clemency as you exit the White House, please: free Chelsea Manning. You alone can save her life.

Even if Manning is on the short list for clemency, that is no guarantee that Obama will, in fact, grant it. Last December, experts told Politico that they did not think Manning nor three other leakers who have applied for clemency (including Edward Snowden, who tweeted that he would rather see Manning granted clemency than himself) would have much luck, citing Obama’s own war against leakers and his stated desire to use his clemency powers on nonviolent drug offenders, which have made up the bulk of his pardons and sentence commutations during his eight years in office.