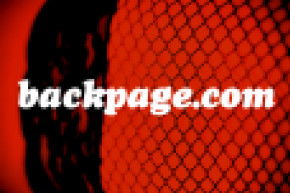 Some are already moving to new sites and apps. Meanwhile, sex trafficking watchdogs say their job will be harder

On Monday night, the online classified site Backpage shuttered its adult section, claiming government censorship. Now, when visitors click on categories such as “body rubs” and “strippers & strip clubs,” they are directed to a page reading, “The government has unconstitutionally censored this content.” The shutdown has left sex workers reeling, with few easy, affordable options for effectively advertising their work.

The move follows the release of a U.S. Senate report that accuses the website of facilitating online sex trafficking. It alleges that Backpage has concealed illegal behavior by editing users’ ads before publication, “deleting words, phrases, and images indicative of criminality.” According to the report, the company — which has defended itself as a host, not a content creator — allegedly used an electronic filter to automatically delete from ads hundreds of words that could be associated with criminal behavior, and child sex trafficking in particular, including words like “lolita,” “teenage,” “rape,” “amber alert,” and “little girl.” Later, Backpage began rejecting ads entirely if they used one of the off-limits terms.

The shuttering of the adult section also follows the Supreme Court decision on Monday to not hear a lawsuit filed against Backpage by three women who claim they were sex trafficked as minors through the classified site. Last month, Backpage’s CEO and co-founders were cleared of pimping charges. In a statement, Backpage said, “For years, the legal system protecting freedom of speech prevailed, but new government tactics, including pressuring credit card companies to cease doing business with Backpage, have left the company with no other choice but to remove the content in the United States.”

But the move undeniably makes it harder for sex workers, and many are lamenting that it will be difficult to find work without Backpage. The Sex Workers Outreach Project, a social justice group focused on the sex trade, said in a statement, “[T]his closure has deeply impacted our communities, removing a unique, low-cost and low-barrier way for some of the most marginalized individuals in the adult industry who otherwise might have relied on a third-party or riskier street-based sex work to earn a living.”

It isn’t just consenting adult sex workers who are impacted by the shutdown. In Backpage’s public statement, Lois Lee, president of Children of the Night, a hotline and shelter for sex trafficking victims, said, “It’s a sad day for America’s children victimized by prostitution. Backpage.com was a critical investigative tool depended on by America’s vice detectives and agents in the field to locate and recover missing children and to arrest and successfully prosecute the pimps who prostitute children.”

She added, “The ability to search for and track potentially exploited children on a website and have the website bend over backwards to help and cooperate with police the way Backpage did was totally unique. It not only made law enforcement’s job easier, it made them much more effective at rescuing kids and convicting pimps.”