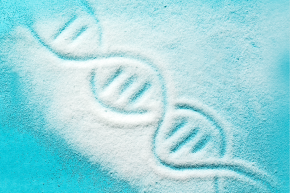 Too Much Sugar Could Be Changing Our Genes, Shortening Life Span
By Alasdair Wilkins

Too Much Sugar Could Be Changing Our Genes, Shortening Life Span

What we eat when we’re young can affect our health decades into the future, even if we improve our dining habits. But is that because some foods do so much physical damage to our bodies that there’s no undoing the harm, or because of something more fundamental, more insidious?

As new research into fruit flies suggests, it may be the latter. A high-sugar diet actually reprogrammed how genes function — genes that are closely related to those that help determine the human life span.

If that’s the case, then it doesn’t really matter if the body repairs itself or the fruit fly switches to a healthier diet. Even if everything else about the fly gets back to a healthier baseline, those genetic changes means the fly’s body can no longer properly respond to or process what “normal” is. This damage to gene expression is known as an epigenetic change, and now what should be a healthy, nutritious diet is no longer as helpful in staving off the aging process.

In this study specifically, the flies fed on a high-sugar diet had on average a seven percent shorter life span than those that had healthy diets their entire lives. That’s roughly the equivalent of a human losing five years of her life, all because of too much sugar.

Of course, we’re talking a truly heroic amount of sugar here, as the flies consumed about eight times the healthy daily amount. If the researchers had performed the same experiment on humans — which would have been both a logistical and ethical impossibility, but roll with it — they would have had to feed their participants an entire cake every day for about 30 years before finally switching to a regular diet.

Since almost nobody is consuming that much sugar, it’s not clear how applicable these results are to humans. But the researchers point out that the gene, dubbed FOXO, affected by the flies’ high-sugar diet has a direct evolutionary counterpart in humans, and our FOXO gene is important in determining longevity. While genetic effects of too much sugar likely aren’t shaving an entire half-decade off people’s lives, they could still be shortening how long people live.

But there’s some room for optimism here. As the researchers point out, understanding how these epigenetic changes work is the first step toward someday reversing them.