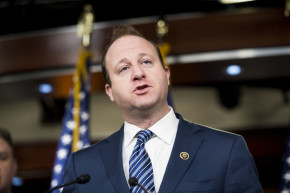 As the presidency of Donald Trump looms, privacy advocates hope to fix outdated legislation that allows law enforcement to read Americans’ old emails without a warrant.

That law, the Electronic Communications Privacy Act (EPCA), has long been a sore point for the tech community. It passed in 1986, when standard practice was for users to download emails to their computer from their email provider. As such, ECPA states, if a user lets an email sit on their provider’s servers for more than 180 days, it’s as good as abandoned, and law enforcement won’t need a warrant to read it. For years, privacy advocates have pushed Congress to close that loophole.

“It’s always been urgent, but we have explicit concerns, particularly because of how the incoming administration has campaigned on issues of surveillance, on issues of monitoring, tracking, building databases that track specific vulnerable populations of people —the Muslim community, for example,” Ernesto Falcon, legislative counsel at the Electronic Frontier Foundation, told Vocativ. “Those are things that have never been said by an incoming president in modern times.”

On Monday, Congressmen Jared Polis (D-Colo.) and Kevin Yoder (R-Kan.) reintroduced the Email Privacy Act, a bill to reform ECPA and require that law enforcement always get a warrant before using it to obtain the contents of Americans’ emails.

In practice today, the loophole isn’t used often. It was rejected as unconstitutional by the U.S.’s Sixth Circuit Court of Appeals in 2010, and in 2013, then-attorney general Eric Holder denounced the Department of Justice using ECPA to read old emails without a warrant anywhere else in the country, too. That practice is currently only still carried out by financial regulatory agencies like the Securities and Exchange Commission, which can in certain circumstances can still use that legal authority to read emails without a warrant.

Privacy-minded members of Congress have introduced an ECPA reform bill each year since at least 2012, with varying success. But the effort this year may prove more urgent. Jeff Sessions, Trump’s pick for U.S. attorney general, is “undisguisedly hostile to civil liberties,” Cato Institute fellow Julian Sanchez told Vocativ, and he could dictate the DOJ revert to a policy where only a subpoena is necessary for law enforcement to get your old emails.

A larger email provider like Google or Microsoft would likely fight for user rights and eventually overturn such an order, as happened in the Sixth Circuit Court, Sanchez predicted. But it would be much harder for a smaller company to do that, he said.

Fortunately for proponents of reform, bills to do so have grown increasingly popular with members of Congress in recent years, and the 2016 version passed the House with a unanimous vote, though it was never picked up in the Senate. According to several Hill sources, last year’s bill was largely doomed when it reached the Senate because several senators demanded amendments to weaken it, but those sources are more optimistic it would pass this year.