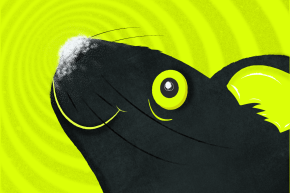 Scientists Give Mice Coke And Meth To Understand Attention Disorders

The disorder might work differently than researchers have thought

Scientists know that there’s something different about the function of particular receptor in the brains of attention deficit disorder (ADHD) patients, but they haven’t understand exactly what or why.

Now a team of researchers led by scientists in Argentina fed cocaine and methamphetamine to genetically-engineered mice to better understand what’s going on when they’re “stimulated.” Their findings might help explain why certain behaviors are associated with ADHD, which could someday lead to better treatments for the disorder.

The chemical dopamine is tied to many of the brain’s most important functions, including movement, emotions and mood, memory, and good feelings of reward. But past studies have shown that people with certain conditions, such as ADHD and substance abuse disorders, have less dopamine in their brains, and researchers have zeroed in on one particular dopamine receptor called D4 as one possible explanation for why. They know just which genes control the ways in which this receptor varies from person to person, but they know very little about how the variations change its behavior.

These findings present a slightly different picture for how the brain works in a person who has ADHD, especially in how characteristic behaviors such as inattention and impulsivity come about. Though the findings can’t necessarily be generalized to humans because the study was done in mice, it may provide new avenues for research in humans. That could someday lead to a better understanding for the mechanisms behind ADHD, which could lead to improved treatments and maybe even a cure.