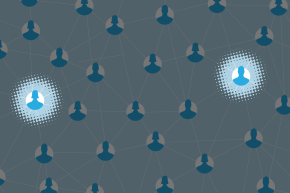 For years, law enforcement agencies have monitored Facebook, Twitter, and Instagram for illicit behavior, but now the Pentagon hopes to build a more far-reaching, global-scale social media monitoring system to more precisely pinpoint potential troop threats out of all the noise.

United States Department of Defense’s research arm, DARPA, has requested proposals for automated software that can detect intent to harm U.S. service members stationed overseas. Military contractors have until February to submit their ideas for what has been dubbed “Force Protection in the Online Environment.”

The agency isn’t looking for tools that simply monitor online communication — the Pentagon, many tech companies, and police agencies already use modern software to scan social media and track things like trends and changing sentiments within groups. A Washington Post report from November determined that hundreds local police departments have collectively spent around $4.75 million on software that allows them to monitor social media for protests and criminal activity. A week after that report, the Boston Police Department announced it would spend $1.4 million on such software.

The Department of Defense wants to build on that tech and find a way to gauge genuine “threat behavior.” According to DARPA, the ideal system would be able to distinguish between anti-American phrases and actual intent to cause harm. They are especially interested in a system that can cross various platforms and sources, like multiple types of social media and online news, and work across different cultures and languages. And they want to do all this while somehow still guaranteeing the privacy of those who are being monitored.

This project presents many challenges and considerations that aren’t present in many DARPA projects — which is evident in the solicitation’s reference works. That list includes studies on sentiment analysis of Twitter data, moral disengagement, linguistics, online extremism, cyber defense, and data mining; as well as The Secret Life Of Pronouns, a New York Times bestseller about sociolinguistics that inspired a TEDx Talk.

In the first phase of development, researchers are tasked with proving that they can detect belief and attitudes that can be used to predict threatening actions against deployed service members. If that is deemed possible by DARPA, then the second phase will focus on developing the “intent-to-act detector” software.

The final phase is dedicated to finding military and commercial uses for this technology — possibly for brand marketing, advertising, or health assessment, as DARPA suggests.

So if all goes as planned, your thoughtcrimes will soon guide your targeted ads.