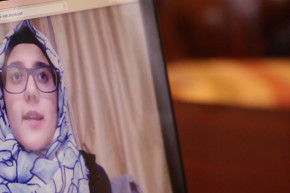 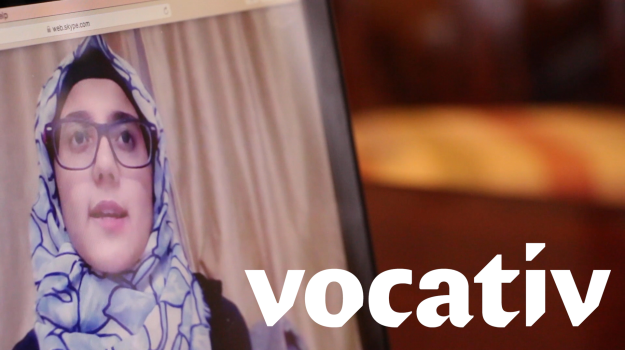 Subscribe to Vocativ
By Daniel Littlewood and Oussayma Canbarieh
Jan 19, 2017 at 10:27 AM ET

Dunia Almelhm is currently a student at Montreal’s Concordia University, dreaming of becoming a doctor. But, unlike most of her classmates, Dunia’s path to college started far away, in war-torn Syria and then as a refugee.

Along the way, she was aided by a unique educational program. Using Skype, Dunia, along with other Syrian refugees, was able to learn English and prepare for college by communicating with tutors from across the world.

An estimated 4.8 million refugees are now scattered across the Middle East and beyond, and according to the UN’s estimate, roughly 35 percent million of those refugees are of school age. More than half of those children are not enrolled in school — and resources to help them continue their educations are often sorely lacking.

More Teaching Displaced Iraqis and Syrian Refugees How To Code

Dunia says her family made education as a high priority even as war was breaking out in her home country. Her father, she says, was “the person who encouraged me to continue my study.” But after he was killed in 2012, the Almelhm family left Syria, ending up scattered throughout Qatar, Germany, and Turkey, where Dunia landed alone. There, in the city of Reyhanli, she connected with the The Al Salam School, a school for refugees.

Run by the Syrian Kids Foundation, a non-profit based in Montreal, Canada, the Al Salam School provides basic education for over 2,000 children with a staff comprised primarily of adult refugees. As the founder and principal of the school, Hazar al-Mahayni, told NPR in 2015, “The future of Syria will come from these children.”

However, advanced study is not an option at the cash-strapped school. Dunia’s Montreal-based tutor Marwa Khobieh, a project coordinator at the Syrian Kids Foundation, realized the lack of resources for aspiring students.

“Reyhanli is a small town. It’s not like Istanbul, they’re not really well qualified to have TOEFL [the main English language test for students] centers and professional people to tutor those students. So the only option I had was to use technology, and Skype, and internet.”

In 2015, Khobieh mobilized volunteers in Canada to provide English tutoring sessions via web chat, aiding the aspiring college students in their English proficiency exams. The tutoring became even more essential when Concordia University committed to providing scholarships to Syrian refugees, contingent on passing English proficiency exams. But as Khobieh described, basic obstacles had to be confronted.

“In the beginning it was a just a crazy idea,” she said. “Nobody would take us seriously because it’s very hard to rely on teaching through audio calls — it’s not always video calls, because the internet connection is very bad, it’s a huge obstacle for us.”

By the end of 2016, Dunia had advanced enough to qualify for the Concordia scholarship. Once the wait for a visa was over, she flew to Montreal on December 20, greeted at the airport by her tutors and the Canadian media. Now at the beginning of her first semester of undergraduate study at Concordia, her father’s memory is still fresh in her mind.

“If he just saw me right now, of course he is going to hug me and tell me ‘that is my daughter.’”