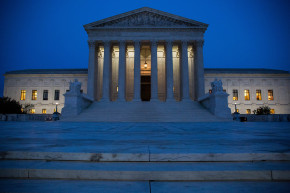 The Supreme Court has declined to hear a case that could have had major implications for the regulation of speech on the internet.

Three women who were sex trafficking victims sued classified ad website Backpage.com for, they claim, hosting advertisements selling them as prostitutes when they were minors. Though Backpage itself did not create the ads, they claimed that it had a not-very-thorough screening process that allowed terms like “underage” and “high schl” to be used, and that Backpage took few, if any, steps to verify the identities of the advertisers or that the escorts were at least 18 years old.

This, according to court documents, created a “notorious haven for promoters of the illicit sex trade, and even more troubling, the trafficking of children for sex,” which Backpage itself then profited off of. Section 230 of the Communications Decency Act says that platforms such as Backpage (and also Facebook and Twitter) cannot be held responsible for content that users publish on their sites, but the plaintiffs hoped to show that, because Backpage made it so easy for child sex traffickers to advertise on its site, it should be held responsible for what the victims endured at the hands of people who responded to those ads. Backpage has always maintained that it does everything it can to screen out such ads and that it is protected by Section 230.

The courts sided with Backpage, dismissing the lawsuit in 2015 and affirming that decision in 2016, saying that though the plaintiffs made a “persuasive case” that Backpage intentionally made it as easy as possible for sex traffickers to advertise on its website and then made money off of those ads, it was still protected by the CDA.

The plaintiffs appealed to the Supreme Court, which decided on Monday not to hear the case. If the high court had heard it and ruled in favor of the plaintiffs, it could have given others the legal precedent to sue websites over content posted by users as long as plaintiffs could prove that the sites profited off of illegal content or didn’t do enough to prevent it. This would have had ramifications not just for Backpage, but also for platforms such as YouTube, Twitter, and Facebook which cannot possibly proactively screen everything their millions of users post.

This does not mean that Backpage’s legal issues are over, however. While the three Jane Does’ civil case is done, its co-founders Michael Lacey and James Larkin, and CEO Carl Ferrer, were charged with pimping, conspiracy to commit pimping, and money laundering in California last December, with the state’s then-attorney general Kamala Harris saying that they should be held responsible for the “online brothel” she alleges they helped to create. Those charges came two weeks after similar charges filed against the three in that state were dismissed.