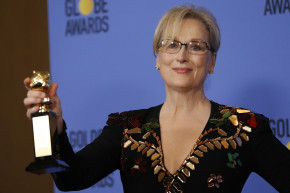 A Complete List Of People And Things Trump Has Deemed ‘Overrated’

The president-elect has used the term dozens of times to describe politicians, media personalities, and more

After Meryl Streep criticized the president-elect at Sunday night’s Golden Globes, Donald Trump predictably lashed back on Twitter, calling the insanely decorated actress “over-rated.” But Streep is the just the latest in a long line of people Trump has used that insult to describe over the years.

A search of Trump’s past Twitter activity, dating back to 2012, reveals that the president-elect has used either the term “over-rated” or “overrated” 36 times, attacking a variety of people and things.

The most common target of Trump’s Twitter scorn was former Fox News anchor and thorn in Trump’s side Megyn Kelly, who was called out seven times as overrated. (Trump also described the cable news anchor as “lightweight,” “angry,” and “crazy.”)

Highly overrated & crazy @megynkelly is always complaining about Trump and yet she devotes her shows to me. Focus on others Megyn!

The political class wasn’t spared Trump’s harsh judgment either, with Bill Clinton, Marco Rubio, Barack Obama, Debbie Wasserman Schultz, and “politicians” all got the moniker too.

In a strange turn of events in April 2013, Trump quoted three of his haters who each described him as overrated, only to attack them in return as losers and morons.

"@kristinaoakes: @realDonaldTrump No, you're overrated." By who, a moron lile you!

Trump’s latest use of the term was in response to a speech where Streep castigated the president-elect for mocking a disabled reporter while advocating for greater freedom of the press.