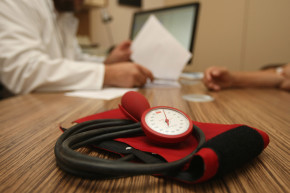 The AARP has lost its first battle in a bid to walk back how much power employers have to push their workers to stay healthy, thanks to a federal court ruling.

Last October, the AARP filed a lawsuit against the Equal Employment Opportunity Commission, in hopes of blocking then-upcoming regulations on how companies can entice their workers into joining a workplace wellness program. These programs have been on the rise, with a 2015 survey by the Kaiser Foundation finding that around half of large companies offer or require their employees to get routine medical check-ups; and nearly a quarter offer their employees financial incentives for the trouble. Other types of wellness programs include classes to help quit smoking or sponsored weight loss competitions, as well as surveys that spot “high-risk” health behaviors.

Some critics have attacked these programs, which are meant to trim health costs down the line by making preventative care available sooner, as being ineffective; others have argued that they only add stress to employees’ work and personal lives. Still more, like the AARP, are worried about the potential for abuse that could come from collecting people’s sensitive health information without necessary privacy safeguards.

Last week, the U.S. District Court for the District of Columbia refused to grant a request for injunction by the AARP, filed as part of its ongoing lawsuit against the EEOC. Had the injunction gone through, it would have forced the EEOC to temporarily rescind its regulations on how much of a financial incentive companies can provide its employees on their insurance plan to attend wellness programs — at least until the lawsuit’s conclusion. Currently, the EEOC’s regulations allow employers to offer workers up to 30 percent off their insurance costs in exchange for taking part in a voluntary program. The regulations went into effect on January 1.

“While AARP is disappointed in this result, it is only a temporary setback,” said Dara Smith, an attorney at the AARP, in a statement, according to Kaiser Health News.

The AARP’s gripe mainly concerns the scale of the incentive. By offering such a large break, they claim, employees would feel coerced into participating in a program. And as important as preventive health care is, they further argue, that could lead to people releasing their medical and private information to employers and others without actually wanting to. This voluntary-in-name-only disclosure would also violate the Americans with Disabilities Act and Genetic Information Nondiscrimination Act, the AARP says, because employers aren’t allowed to ask for medical information from their employees (or family members) that isn’t directly relevant to their employee’s job performance. Some wellness programs do indeed solicit genetic data from their participants as part of their screening routine.

In denying the injunction, however, Judge Bates ruled that there wasn’t strong evidence the EEOC rules would cause any AARP members “irreparable harm,” noting that many incentive programs fall far short of the maximum 30 percent discount.

Both sides will now have time to gather evidence for a full-fledged legal battle. “We fully intend to continue pursuing the case to ensure that disclosure of personal and family medical information to wellness programs is truly voluntary, as provided under the civil rights laws,” said Smith.