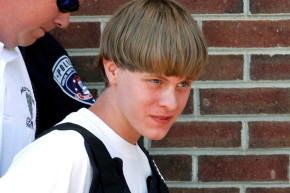 During the penalty phase of Roof’s trial, prosecutors presented a journal Roof has been keeping since he was arrested following the June 17, 2015 murders. The majority of the journal, like his so-called manifesto, is just racist rants about ridding the earth of Jews, the superiority of the white race, and how he has no remorse for killing nine innocent people. But he also made a list of his favorite movies, which includes several titles most people wouldn’t expect to see coming from a cold-blooded killer who chose his victims based on their race.

After mass killers commit murderous acts, investigators, profilers and psychologists often go back and examine what types of movies and other media to which they were exposed that may have inspired their crimes. They frequently find a common theme: violence, death and destruction. Dylann Roof, the 22-year-old white supremacist who murdered nine people at a black church in South Carolina, deviates drastically from that theme.

In fact, you’re more likely to find Sleepless in Seattle on his list of favorite movies than you are Natural Born Killers.

For example, Roof lists the 2004 love story “The Notebook” starring Ryan Gosling and Rachel McAdams, as well as the classic romance film “Titanic” with Leonardo DiCaprio and Kate Winslet. “Far From the Madding Crowd,” a 2015 British romantic drama based on the 1874 Thomas Hardy novel, and “A Royal Affair,” the story of a “common man” trying to win the heart of the queen of Denmark, also made Roof’s list. He also liked the 2015 adaptation of “Cinderella,” which Roof described as “great minus the token black friend.”

For each movie, he lists an approximation of the year it was released — which likely comes from memory since he has no access to the Internet in jail — and for many a brief description of why he liked it.

Roof’s list is not entirely comprised of gushy love stories; he also likes a number of classics like “The Great Gatsby,” as well as “old Jackie Chan film [sic] with dragon costume scenes.”

One of the more surprising films that made Roof’s list — given the fact that he’s a proud white supremacist — is “12 Years A Slave,” about which he comments “even though it is anti-white and unrealistic, the cinematography is beautiful.”

Peppered throughout the love stories are a few films with darker themes — like “Lolita” and “Romper Stompers,” a story about neo-Nazis in Australia — but the majority are movies most people watch with a box of tissues nearby.

Roof currently faces the death penalty for the murders at the Emanuel African Methodist Episcopal Church in Charleston and prosecutors have spent much of the week making the case to the jury that Roof belongs on death row. Family and friends of his victims have been giving emotional victim impact statements about their dead loved ones as Roof, by all accounts, sat unfazed and staring at a table. For his part, Roof — who is acting as his own attorney and appears to want a death sentence — has questioned no witnesses and plans to present no evidence that could help spare him a death sentence.