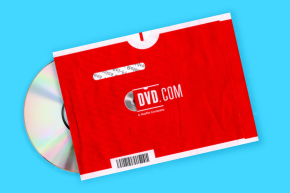 Netflix and other streaming sites have grown so much over the past couple years, you’d think they’d completely give up on DVD rentals, but that’s far from the case.

The streaming company that started its online DVD rental service in 1998 just released a new iOS app for its sister company DVD.com, which lets subscribers rent movies and return them by mail. Netflix quietly launched DVD.com in early 2016, after a user backlash when it first tried to split off its DVD business in 2011 — the world wasn’t ready for it quite yet.

You might think, “Wait, I honestly thought no one rented physical copies of movies anymore?,” but there’s actually millions of people in the U.S. that still do, whether because they want more selection than the Netflix streaming service has to offer or because they don’t have great Internet where they live.

About 5.3 million people still wait for DVDs and Blu-rays to get delivered to their mailboxes from Netflix, according to the company. While that’s still a lot of people, it’s a drastic decrease from the 20 million that were using the “old-school” service in 2010.

PwC released a report in 2014 forecasting that DVDs would go the way of VHS starting in 2016 and be near obsolete in 2018, with a projected reach in sales of $8.7 billion. However, sales in 2015 already reached an all-time low, dropping to $6.1 billion. Disc rentals in 2016 were valued at just over $3 billion.

The numbers are clearly dwindling, but Netflix is still holding on to its DVD division due to the loyalty of its subscribers, according to a 2015 interview with The New York Times. DVD subscribers are paying $5 to $12 each month for a collection of more than 93,000 titles and bring in about $132 million in revenue each quarter.

However, DVDs will soon become artifacts to most people — remember Blockbuster — and Netflix and its users will eventually start relying entirely on online streaming, which, for Netflix, now has a user base of 86 million subscribers worldwide. If you have a DVD collection, maybe it’s time to start expanding it digitally instead of physically.