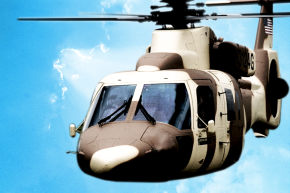 NASA, the Air Force, the Army, and the Navy want to replace aircrew with automation

For the last six months, the Pentagon has been working on a robotic system that could replace military pilots. Now the United States Department of Defense’s research arm has successfully demonstrated the technology, which turns aircraft into autonomous machines.

The goal of DARPA’s Aircrew Labor In-Cockpit Automation System (ALIAS) program was to develop a drop-in, removable kit that could be easily installed into airplanes and helicopters so that the robot pilot can operate the controls and monitor the gauges. On December 23, the agency announced it had concluded the second phase of development after completing a fight demonstration in which the ALIAS kit was used to fly a Sikorsky S-76 helicopter, a Diamond DA-42 aircraft, and two Cessna 208 Caravan aircraft. The tests also included demonstrations of the robots reacting to simulated system failures that would have forced a human pilot to abandon a flight path.

Demonstration systems were developed by both the Lockheed Martin-owned aircraft manufacturing company Sikorsky and Aurora Flight Sciences. In October, Aurora released a demonstration video of their tech in action.

But only Sikorsky was awarded a contract to continue developing the system in Phase 3. According to DARPA program manager Scott Wierzbanowski, the final phase of development aims to upgrade ALIAS so it works in seven other types of aircraft, both fixed- and rotary-wing. “In Phase 3, we plan to further enhance ALIAS’ ability to respond to contingencies, decrease pilot workload, and adapt to different missions and aircraft types,” Wierzbanowski said in a statement. “We’re particularly interested in exploring intuitive human-machine interface approaches — including using handheld devices — that would allow users to interact with and control the ALIAS system more easily.”

NASA, the Air Force, the Army, and the Navy are all interested in adopting ALIAS technology, according to DARPA. Since it only took half a year to develop the initial system, it might not be long before robots are able to fly most military aircraft.