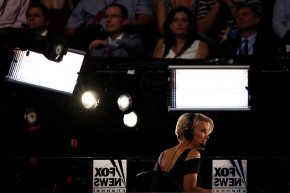 Kelly will be moving over to NBC for a daily and a weekly show. Trump fans couldn't be happier.

Megyn Kelly, once considered to be Fox News’s bright shining primetime star, is leaving the cable channel for a network: NBC. And while the move seems to represent a big career bump for Kelly, some of Trump’s biggest fans — and therefore her biggest detractors — couldn’t be happier.

Kelly will anchor a daytime program, a news magazine show to air on Sunday nights, and will contribute to NBC News coverage, the network said. During the 2016 presidential election, she attracted the ire of Donald Trump after she questioned him about the derogatory way he had referred to women in the past. Though she claims that they have made up since then, many of his fans haven’t been able to let it go. Kelly claimed in her recent autobiography that she spent the last year fending off death threats and had to hire a bodyguard. That autobiography, by the way, was released to a stream of one-star reviews on Amazon thanks to a campaign from Trump fans.

Despite what seems to be good fortune for Kelly, some of her biggest haters seem happier about the news than she is, most likely because it means she won’t be on their favorite network anymore, befouling the time slot after Bill O’Reilly and before Sean Hannity with her supposedly ‘liberal’ presentations of news. Over at the Reddit thread devoted to Trump, there were multiple posts bidding Kelly “good riddance” and congratulating themselves for somehow being the reason for her departure (the posts did not elaborate on how they reached that conclusion). These were sandwiched in between threads excoriating conservative talk radio host Bill Mitchell for criticizing Pepe the Frog.

Kelly’s anti-fans were also cheering her departure on Facebook groups dedicated to Trump. Over at “The Deplorables,” which boasts more than 450,000 members, there were multiple posts bidding Kelly farewell, some worded more politely than others but all very happy that she would soon be gone. Some commenters said Kelly would be much more at home on a “liberal” network like NBC. (Kelly, while not vocally team Trump, has raised liberal ire before too, notably with her bizarre insistence that Santa Claus, a fictional character based on a Turkish saint, is a white man.)

During the 2016 campaign, one of Kelly’s former co-workers, Gretchen Carlson, accused Fox News CEO Roger Ailes of sexually harassing her. While some anchors came to Ailes’s defense, Kelly did not. She later said in her book that Ailes sexually harassed her as well. Ailes left the channel last July.

With Kelly’s contract with Fox News set to expire this summer, there was widespread speculation that she was shopping around for a new home — and that Fox News offered her about $20 million to stay there, where “The Kelly File” is the second-highest-rated show on the network.

In a tweet, Kelly said she was “delighted” to be “taking on a new challenge.”