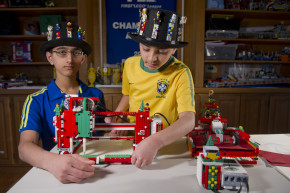 These Lego-Robot Whiz Kids Are Just 12 And 14 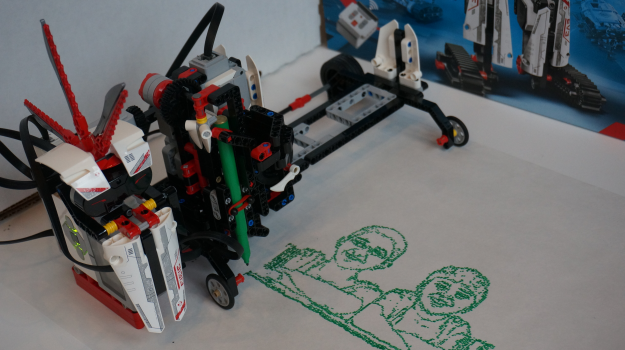 The Seshan brothers are just 12 and 14 years old, but they’ve already been building robots for more than half a decade.

It all started when Sanjay and Arvind, from Pittsburgh, Pennsylvania, attended a robotics tournament six years ago. They were quick learners, going on to start their own tournament and build a team. In 2015, they won first place in the first Lego League World Championship.

The brothers have created dozens of robots, often by recombining different Lego kits and the robotic elements they come with, along with some outside elements — all of the instructions for which they publish on their website for anyone to use. They’re best known for the Pixel Plotter, which uses markers to print pixelated images. One of them prints out a Christmas card with an image of a tree, and a previous version created a pixelated portraits by using the Raspberry Pi mini computer and a camera.

“We learned it all by ourselves through trial and error basically,” the brothers said. And after working through so many roadblocks, they want to share what they’ve learned with others. Now they teach classes in their school and on their website which has over 100,000 users. “Our goal is to inspire others so that they might get involved in robotics also.”