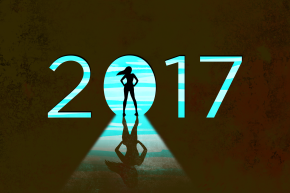 Our 2017 Resolutions Are Mostly About Food, Smoking And Booze
By Jacob Steinblatt

Our 2017 Resolutions Are Mostly About Food, Smoking And Booze

After a long and difficult year for America and the world, we all posted one last “2016 was the worst!!” tweet, and then dug up some optimism and looked to the future, laying bare our hopes and dreams. Mostly, those dreams are of being thinner.

Vocativ analyzed more than one hundred thousand tweets posted from mid December through January 2 to find out what promises to themselves people made for 2017. Unsurprisingly, the top two-word phrase posted in the context of resolutions is “lose weight.” (A Marist poll from late 2016 landed on a similar conclusion: this year, losing weight came in second to “be a better person” but it has topped the list for several years prior.)

The next most commonly used phrase on Twitter was “stop drinking,” then “quit smoking.” All in all, people want to lead healthier lives in 2017.

Vocativ also found that in order to improve their lives, people resolved more often to stop certain behaviors, than to start new ones. Phrases involving the word “stop” appeared nearly three times more often than those including “start.” The things people want to stop doing most are drinking, smoking, procrastinating, and swearing.

On the flip side, the habits that people most wanted to start in 2017 include saving money, eating healthy, and writing.