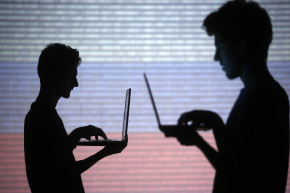 A Democratic congressman said Saturday that malicious software found on a Vermont electric company’s computer and linked to Russian hackers is further proof of Russia’s “relentless” actions against the United States. Burlington Electric confirmed Friday that one of its laptops was infected with the same malware used in Russia’s election-related hacks.

The company said that the Department of Homeland Security on Thursday had warned utilities about the malware. It’s the same code used in Grizzly Steppe, the name the department uses to refer to Russia’s recent cyber activity. “This attack shows how rampant Russian hacking is. It’s systemic, relentless, predatory,” Rep. Peter Welch of Vermont said, as quoted by the Associated Press. “They will hack everywhere, even Vermont, in pursuit of opportunities to disrupt our country.”

Welch added that the discovery shows that sanctions President Barack Obama took against Russia earlier in the week were completely necessary. On Thursday, Obama announced the “consequences” of Russia’s “malicious cyber activity and harassment:” he sanctioned four intelligence agents, two intelligence services, and three companies that provided “material support” for those services. In addition, Obama expelled 35 Russian diplomats and shut down two of the country’s compounds in Maryland and New York.

Sen. Patrick Leahy stressed that attempts to penetrate a Vermont utility show that Russian hacking remains a serious threat to the U.S. “This is beyond hackers having electronic joy rides — this is now about trying to access utilities to potentially manipulate the grid and shut it down in the middle of winter,” he said in a statement issued Friday. “That is a direct threat to Vermont and we do not take it lightly.”

The Washington Post first reported on Burlington Electric’s discovery of the malware code. Meanwhile, the company, which serves 19,600 Vermonters, said the malware code was found on a laptop that wasn’t connected to its main power grid. “Our team is working with federal officials to trace this malware and prevent any other attempts to infiltrate utility systems,” spokesman Mike Kanarick told CNN on Friday.