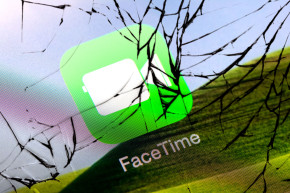 Should device makers do more to prevent crashes caused by our phone addictions?

A lawsuit filed against Apple claims that the tech company is responsible for the death of a child on Christmas Eve 2014 caused by a driver who was using FaceTime and ran into her family’s car. While the claim may seem like an outlandish accusation on its face, the family’s lawyer is arguing that Apple had the technology to stop this reckless behavior.

Months earlier, Apple had obtained a patent for the technology to disable the app (or at least caution the driver about its risks) at the 65 mph speed the driver was traveling.

The Modisette family’s complaint, first obtained by Courthouse News in a filing to the Santa Clara County Superior Court, states that FaceTime was still active when police found his iPhone on the scene shortly after the crash. Five-year-old Moriah, who had to be extracted from the car by rescue workers, died after being transported to the hospital for her injuries.

More Stop Getting Distracted By Your Phone With This Kickstarter

As demonstrated by a patent filed by Apple in 2008 and approved in April 2014, safety-features geared towards preventing distracted driving are possible. Lock-out features could, in theory, prohibit drivers from using their phones while allowing other passengers to do so. But Apple hasn’t implemented these features, and this isn’t the first time it has been suggested by those working to curb distracted driving that it should.

Though legal experts have said that it’s unlikely that cases of this nature will hold up in court — especially if Apple hasn’t even developed the necessary technology yet, something they have not yet revealed — the case shines a light on a major ethical dilemma at hand. It also recalls the case of the Snapchat speed filter lawsuit, still making its way through the courts. How much responsibility does a company have to ensure that its customers are using its products responsibly?

In 2014, the most recent year from which data is available, over 3,100 people were killed in the 431,000 car crashes involving distracted drivers. It’s a widespread problem that has led the National Highway Traffic Safety Administration to put forward a set of recommendations on how electronic device manufacturers can use their tech to prevent it. Ideally, the recommendations state, devices should be equipped with driver modes or automatically synced to the car’s navigation or entertainment system in order to disable them. Though not required, the guidelines clearly imply that tech companies should be doing more than they are.