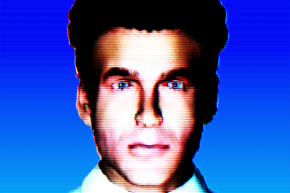 The U.S. Is Developing AI Lie Detectors To Patrol Borders
By Alejandro Alba

The U.S. Is Developing AI Lie Detectors To Patrol Borders

The system is being tested to flag suspicious behavior

Today, border agents ask travelers a series of questions to help assess whether they should enter the country (that is, if they are processing travelers at all). In the future of international travel, they may not take people at their word — there will be a lie-detecting kiosk to see if they are telling the truth.

Researchers at the National Center for Border Security and Immigration at the University of Arizona worked with the U.S. Department of Homeland Security to create the Automated Virtual Agent for Truth Assessments in Real Time — aka AVATAR — which is a kiosk that helps border agents flag travelers who exhibit suspicious behavior.

AVATAR, which looks like a grocery store self-checkout kiosk, communicates with travelers through a virtual agent that pops up on the screen and asks a few questions about their trip. Some of the basic questions that AVATAR will ask include “Do you have fruits or vegetables in your luggage?” or “Are you carrying any weapons with you?”

AVATAR is supposed to sense if a person is lying and alert human agents for further questioning. The kiosk is built with software that tries to detect changes in behavior, eyes, voice, posture or even when someone is curling their toes. It asks innocent questions here and there to help establish a measurement of behavior, in attempt to distinguish between travelers who are just nervous about flying and those with a nefarious criminal purpose. No word on how effective it is yet — though if it’s like standard lie detector tests today, which are frequently inaccurate and can be fooled, it’s very possible the technology could create more problems than it solves.

Currently, it’s being tested by the Canadian Border Services Agency, but the creator said it’s fully ready to be implemented by a government agency willing to utilize it. In a press release, Aaron Elkins, professor at San Diego State University and creator of AVATAR, said it could potentially be used in other industries to conduct job interviews or for other human resources applications.