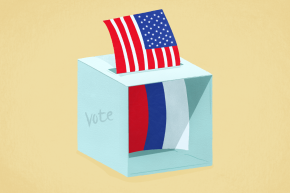 Election Interference? The U.S. Has Done It In 45 Countries Worldwide
By Shane Dixon Kavanaugh

Election Interference? The U.S. Has Done It In 45 Countries Worldwide

America has a long history of meddling in the elections of foreign countries, new research shows

Russia’s attempt to sway the 2016 election continues to consume American politics as the Obama administration struck back with a series of punishments targeting Russia’s spy agencies and diplomats. The White House on Thursday moved to expel 35 suspected Russian intelligence operatives from the U.S. and impose sanctions on the Kremlin’s two leading intelligence services in response for what the U.S. says were a series of cyberattacks conducted by Russia during the presidential campaign. For the time being, Russian President Vladamir Putin has indicated that he won’t immediately retaliate, though that could change.

The simmering tit for tat has kept the issue of election meddling burning bright in the national spotlight, fueled even further by the belief among U.S. intelligence agencies that Russia wanted to help Donald Trump capture the presidency. Yet neither country is a stranger when it comes to directly trying to sway the election of other nations. In fact, the U.S. has a long and stunning history of attempting to influence foreign presidential elections, recent research by political scientist Dov Levin shows.

Levin, a postdoctoral fellow at the Institute for Politics and Strategy at Carnegie-Mellon University, found that the U.S. attempted to influence the elections of foreign countries as many as 81 times between 1946 and 2000. Often covert in their execution, these efforts included everything from CIA operatives running successful presidential campaigns in the Philippines during the 1950s to leaking damaging information on Marxist Sandanistas in order to sway Nicaraguan voters in 1990. All told, the U.S. allegedly targeted the elections of 45 nations across the globe during this period, Levin’s research shows. In the case of some countries, such as Italy and Japan, the U.S. attempted to intervene in four or more separate elections.

Levin’s figures do not include military coups or regime change attempts following the election of a candidate the U.S. opposed, such as when the CIA helped overthrow Mohammad Mosaddeq, Iran’s democratically elected prime minister, in 1953. He defines an electoral intervention as “a costly act which is designed to determine the election results [in favor of] one of the two sides.” According to Levin’s research, that includes: peddling misinformation or propaganda; creating campaign material for preferred candidates or parties; providing or withdrawing foreign aid, and; making public announcements that threaten or favor certain candidates. Often, it also includes the U.S. covertly delivering large sums of cash, as was the case in elections in Japan, Lebanon, Italy, and other countries.

To build his database, Levin says he relied on declassified U.S. intelligence as well as a number of Congressional reports on CIA activity. He also combed through what he considered reliable histories of the CIA and covert American activity, as well as academic research on U.S. intelligence, diplomatic histories of the Cold War, and memoirs of former CIA officials. Much of America’s meddling in foreign elections has been well-documented — Chile in the 1960s, Haiti in the 1990s. But Malta in 1971? According to Levin’s study, the U.S. attempted to “goose” the tiny Mediterranean island’s economy in the months leading up to its election that year.

Much of the America’s electoral meddling occurred throughout the Cold War as a response to containing Soviet influence through the spread of supposed leftist proxies, the findings suggest. And to be clear, the U.S. wasn’t the only one trying to sway foreign elections. By Levin’s count, Russia attempted to interfere in other countries’ elections 36 times between the end of World War II and the end of the 20th century, bringing the total number of electoral interventions by the two countries to 117 during that period.

Yet even after the Soviet Union collapsed in 1991, the U.S. continued its interventions abroad, including elections in Israel, former Czechoslovakia, and even Russia in 1996, Levin found. Since 2000, the U.S. has attempted to sway elections in Ukraine, Kenya, Lebanon, and Afghanistan, among others.