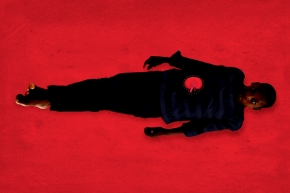 Why Black People Get Fewer Organ Transplants Than Whites

Right now, there are nearly 120,000 people in the United States who need an organ transplant, with someone new being added every minute. Only about a quarter of those on that ever-growing list will receive an organ this year, and still fewer will recover. And here’s the awful, not especially surprising truth: Black people face much, much longer odds of ever getting that life-saving transplant than white people do.

A new study from researchers at the University of California, San Francisco underlines the disparity: Of more than 12,000 children who had kidney failure between 1995 and 2011, black children had a 36 percent higher risk of death than white kids. That’s a huge gap, yet it was essentially erased when the researchers adjusted for what treatment the children received. If black kids could just get a kidney transplant, their chance of survival was the same as that of their white counterparts, they found, yet many remained on dialysis, a far less effective treatment. And multiple studies have shown that this racial disparity in kidney transplants — and organ transplants more generally — holds just as true for adults as it does for children.

Racial disparity in medical care is unfortunately common, and organ transplants represent one of the starkest, most intractable examples. Getting a transplant is one of the most intensive, protracted and expensive interactions a person can have with the health system, involving multiple visits to transplant centers over a long period of wait time to prove a patient is a viable candidate. It’s a system that rewards people with the money, time to keep appointments and education to know to sign up for transplant lists early. It doesn’t help that transplant centers tends to be in wealthier neighborhoods, adding travel time to those who are far away.

More When Kidney Donors Get Screwed By The Healthcare System

With transplants at a premium, doctors are inclined to look for any reason to eliminate a less than perfect candidate, and when the transplant list is governed to a great extent by doctors’ perceptions, systemic prejudices are almost inevitable. Even areas where black people show some sign of an actual advantage over other groups can be turned against them when it comes time to recommend candidates for the waiting list, as has been observed with those in need of kidney transplants.

“Blacks live longer than other minority populations on dialysis,” Connecticut practitioner Joanne Churak wrote in a 2005 paper. “The option of transplantation may, therefore, not be offered. The observation of improved survival and quality of life for blacks on dialysis may be a double-edged sword, encouraging clinicians to become complacent about referring minorities for transplantation.”

The other side to this is that black people are generally far less likely to trust doctors, remembering the medical profession’s history of racism, from the notorious Tuskegee syphilis experiment to more subtle, everyday offenses. Distrust of transplants has also helped make black people less likely to sign up as donors, which means they also get fewer matches for certain organs where race is a factor in compatibility.

The most fundamental issue, however, is the growing wait list for kidney transplants, as noted by Paul Eggers, director at the National Institute of Diabetes and Digestive and Kidney Diseases, in a 2015 paper.

“It is a de facto zero-sum game. As long as the supply of transplants is constrained, improved access for one group will come only at the expense of another,” he said.

In the meantime, as the new UC San Francisco study shows, there are real consequences to this game, with black children and adults alike dying in disproportionate numbers.