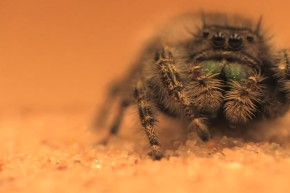 This Just In: Spiders Can Hear!
By Sara Rao

This Just In: Spiders Can Hear! 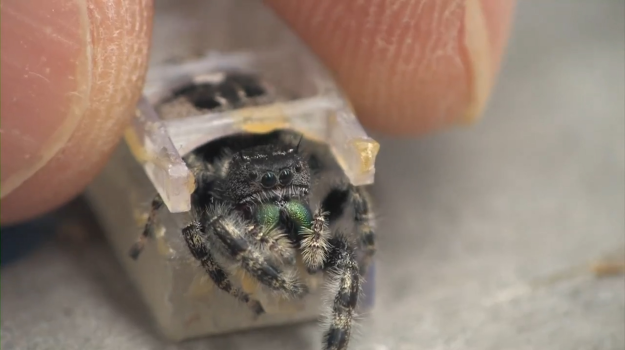 Researchers at Cornell University have discovered that jumping spiders can actually hear sound. Scientists knew that spiders could sense vibrations, but did not think they could hear, because they have no ears. For the experiment, the spiders were placed into a small box designed to eliminate vibrations and small electrodes implanted in their brains.  The spider was then subjected to different frequency tones, and their electrical brain activity was measured. They found that the spiders’ brain activity spiked when low frequency sounds were played, these same frequencies also caused the spiders to freeze. It turns out that those frequencies are in the same range as the buzz made by the mud dauber wasp, one of the spider’s main predators. No wonder they froze. The scientists theorize that the spiders developed the ability hear as a defense against their natural predator, the wasp. Spiders sense vibrations through tiny hairs on their leg hairs called trichobothria and now it appears that those hairs allow them to hear sound as well.