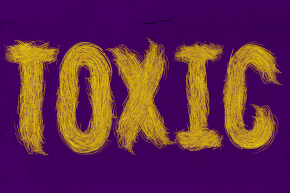 This month, environmental advocacy groups filed a lawsuit against the Food and Drug Administration (FDA) for ignoring a 2011 petition to address the issue. While occasional exposure may not affect the average salon-goer, there’s growing evidence the treatments can be harmful to salon workers who are around it all the time.

Also known as keratin treatments, the Brazilian blowout products use a liquid that works by filling in porous gaps in hair’s protein, decreasing frizz and curl. Then, the keratin-treated hair is often heated using straightening irons or blow dryers, releasing noxious compounds into the air — most notably formaldehyde, which is known to cause cancer in humans. Salon workers exposed to formaldehyde dozens of times per week have reported nosebleeds, breathing problems and eye irritation, according to a press release from the Environmental Working Group (EWG), the nonprofit research organization that’s filing the lawsuit along with Women’s Voices For The Earth.

The FDA, according to the EWG, isn’t doing enough to protect salon workers and consumers. The agency could send warnings to salons to make sure they take precautions against high airborne concentrations of formaldehyde, but it hasn’t done that. Instead, the FDA issued warning letters to two manufacturers of keratin products, requiring them to include proper warnings on the product label.

To the plaintiffs of the lawsuit, this action isn’t enough to address the dangers of keratin. “As a result, Brazilian Blowout and similar products remain on the market, continuing to injure both consumers and salon workers,” according to the EWG press release.

This lawsuit comes after personal care products are coming under increased regulatory scrutiny. In 2015, after the New York Times published a piece highlighting similar health hazards for nail salon workers who work with toxic chemicals, New York governor Andrew Cuomo introduced emergency legislation to protect these employees. The Personal Care Product Safety Act, introduced to the Senate in 2015 but has not yet come to vote, would give the FDA greater oversight in testing these products and their ingredients, making them safer for consumers and salon workers alike.

The FDA is unable to comment on pending litigation, but a spokesperson was able to offer general information about what actions lie within the agency’s purview. “Companies and individuals who manufacture or market cosmetics have a legal responsibility to ensure the safety of their products, but the agency does not have the authority to require companies to present data demonstrating the safety of their products before they are marketed,” according to the spokesperson’s email.

The FDA has a web page about the risks associated keratin treatments and encourages consumers to report adverse events related to these or other cosmetic products.