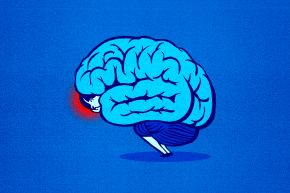 Your Brain Remembers Better After You Feel Feelings
By Alexandra Ossola

Your Brain Remembers Better After You Feel Feelings

If you’re studying for a test, you might do well to watch a sad movie first — at least if the findings of a new study on how emotions improve memory turn out to be true.

It’s a strange quirk of human memory that we are more likely to remember emotional events than mundane ones. It doesn’t matter if they’re times you want to remember, like a surprise engagement, or miserable ones you’d rather forget. Most people know that from their own experience, but scientists have also been looking into the mechanisms of how emotional events alter memory. The study, published recently in the journal Nature Neuroscience, found that emotions may offer a surprising, much more general memory boost than they’d imagined.

Intense emotion affects the brain in a way similar to stress. A number of studies have shown that, during an emotional event, the body releases hormones such as epinephrine (aka adrenaline) and norepinephrine. These activate areas of the brain such as the amygdala, known as the brain’s “fear center, and the hippocampus, which regulates emotion. Both play key roles in both processing emotion and forming memory. As a result, people remember emotional situations for longer and with more detail and vivid color than usual. Recalling these situations can even change how they remember what came before them.

In the study, New York University researchers decided to test if emotions would affect recollections after the emotional event, too. They split 82 participants into two groups. The first group viewed a series of images intended to elicit an emotional reaction. Then, between 10 and 30 minutes later, a number of those participants were shown something not emotional. The other group was shown the two different types of stimuli, but in the opposite order (non-emotional first). The researchers measured changes in blood flow in the participants’ brains using fMRI. Six hours after being shown the different images, all participants were called back in for a surprise memory test.

The participants who saw the emotional stimulus first remembered the neutral images much better than did those who saw the images in the reverse order. The MRI readings show that the amygdala and hippocampus, which activate in emotional events, don’t completely stop activating for a period the event is over. That continued activation creates a sort of “emotional hangover” that makes the subsequent events more easily encoded in memory.

Scientists interested in traits preserved through human evolution are puzzled by the relationship between emotion and memory — or really the existence of emotion at all. It makes more sense in the context of fear — if you remember that it was an alligator, not a dolphin, that tried to eat you and made you scared, maybe you’ll have an easier time staying safe in the future. But remembering what came after the emotion seems less important.

The researchers still have some questions. Because of the way the experiment was designed, they don’t know how long an emotional event has to last to extend the effects of intensified memory. It’s also not clear how long the effects last, if beyond the 30 minutes in their experiment.