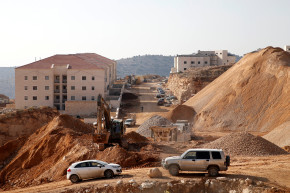 The U.S. abstention from the UN vote angered Israel's leadership, but Palestinians couldn't be happier

The unanimous vote declared Israeli settlements in the West Bank to have no legal validity — REUTERS
By Gilad Shiloach with Mor Turgeman
Dec 26, 2016 at 8:55 AM ET

Across social media Palestinians and other Arabs thanked President Obama for his administration’s decision to abstain from voting against the UN Security Council resolution that declared Israeli settlements in the West Bank as having no legal validity, and calling for an end to construction.

The vote was able to pass the 15-member council on Friday after the U.S. broke with its long-standing approach of using its veto power to block resolutions critical of the Jewish state.

Israeli officials declared that they had been abandoned by the United States. Prime Minister Benjamin Netanyahu slammed Obama and Secretary of State John Kerry, calling the resolution: “distorted,” “delusional” and “absurd,” and said it was “part of the swan song of the old world that is biased against Israel,” The New York Times reported.

Palestinians, however, considered it “a day of victory,” according to negotiator Saeb Erekat. “The international community has told the people of Israel that the way to security and peace is not going to be done through occupation … but rather through peace, ending the occupation and establishing a Palestinian state to live side by side with the state,” he told Reuters.

Online, people thanked Obama for the “historic decision,” praised the “brave stand” of the U.S and said “let’s not forget to thank Obama for the strong blow to Israel.” Other Arabic-language accounts said “Palestine won in the heart of the United Nations.” One wrote “I never thought I (will) live to see this day.”