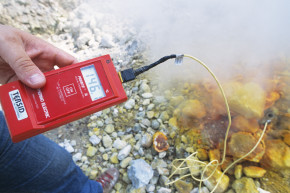 The Supervolcano That Killed The Neanderthals Might Be Waking Up

The Italian city of Naples has the worst luck when it comes to volcanoes. It sits less than six miles west of Mount Vesuvius, which most infamously buried Pompeii nearly 2,000 years ago. But somehow Vesuvius isn’t the biggest volcanic threat the modern city faces: Within the Naples metropolitan area is Campi Flegrei, a supervolcano whose eruption 40,000 years ago might have wiped out the Neanderthals. And, according to new research, the supervolcano could be stirring from its slumber.

An iconic volcano is an exploding mountain — think Vesuvius or Washington’s Mount Saint Helens, which erupted in 1980 — but supervolcanoes typically look unassuming. Campi Flegrei, or the Phlegraean Fields, is actually hidden underneath the Mediterranean Sea, forming a complex network of craters and geysers. Any supervolcano eruption has the potential for significant loss of life and environmental damage. That Campi Flegrei is located right at the doorstep of a city of a half-million people only exacerbates the danger.

A team of Italian and French researchers have examined the recent activity at the site. There’s still a lot unknown about how supervolcano eruptions occur, but the researchers argue that the movement of magma can cause the sudden, massive release of gases, which then heat up and deform the rocks that would otherwise be keeping a lid on the supervolcano. The researchers found that Campi Flegrei’s recent activity of surface deformation appears to fit that model, suggesting it is entering a critical state where an eruption is theoretically possible.

That doesn’t necessarily mean the Phlegraean Fields are going to erupt tomorrow or anytime soon. Forecasting supervolcano eruptions is an inexact science, and the researchers end their paper by calling for continued monitoring of the area, not an evacuation.

Still, if or when Campi Flegrei does blow, the results could be devastating. Its last eruption was a relatively minor one in 1538, which still lasted eight days and was massive enough to form an entire new volcanic mountain. Its biggest eruption occurred about 40,000 years ago, when it spewed 150 cubic kilometers worth of magma into the atmosphere. That blast was enough to cause a volcanic winter, in which volcanic ash blocks out some of the sun’s rays and cools the planet. Scientists don’t know for sure that this particular explosion is what killed the Neanderthals in Eurasia, but the timelines sync up, and it’s hard to imagine a devastating eruption helped their survival.

Technically, there’s no official definition for a supervolcano structure other than it being capable of eruptions of at least a seven on the volcanic explosivity index. A volcanic eruption that rates a five on the VEI — including Vesuvius and Mount St. Helens  — releases about a cubic kilometer of magma. A six on the VEI, which includes the Krakatoa eruption in 1883 and Mount Pinatubo in the Philippines in 1991, releases at least 10 cubic kilometers.

Campi Flegrei’s potentially Neanderthal-killing eruption would be a seven on the VEI, which is almost unheard of in modern human history. The only semi-recent example was the 1815 eruption of Mount Tambora, which led to worldwide cooling and agricultural failures and caused 1816 to become known as the “year without a summer.” Whether we would be in any better shape today to deal with such a massive eruption  — let alone a blast that rates an eight on the VEI, like the Toba eruption 75,000 years that may have caused a decade-long volcanic winter — is an open question, but this new round of research on Campi Flegrei is a good reminder that the next massive eruption is a question of when, and the only “if” is whether it’s going to happen in our lifetimes.