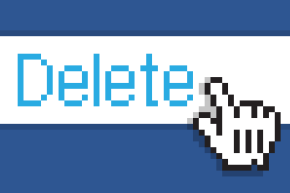 A Fresh, New Online You: How To Deep Clean Your Social Media For 2017
By Alejandro Alba

A Fresh, New Online You: How To Deep Clean Your Social Media For 2017

Many people will use the new year as an excuse to sport a new look, get rid of bad habits or accomplish new goals. But the new year is also a great opportunity to start with a clean slate on social media.

Facebook, Twitter and Instagram are some of the most popular networks that are used to share personal thoughts, private moments and political rants. Sometimes people overshare or unintentionally post things they later regret (like when they’re drunk). Others are increasingly concerned about how social media companies use their data, about encountering trolls or bullies online (or maybe you were a troll, now reformed) or by what future employers might snoop on their feeds.

Deleting an account and starting a new one is not always a great option, especially if you’ve built up a following or network. Luckily, it’s easier than ever to do a social media cleanse of existing accounts. Vocativ has looked at a handful of online tools that could help.

Let’s start with Facebook. Mark Zuckerberg’s social network has a delete button, just like any other site, but if your account has existed since 2006, it might take a really long time to comb through 10 years worth of posts.

The easiest way to delete postings in bulk is using the Chrome extension Facebook Post Manager. Once it’s installed, users can filter their timeline by month or year and look up specific keywords from posts they’d like to delete. For example, if a user just broke up with a boyfriend, they can search for “BF,” “Boyfriend” or his name and delete all related posts. Facebook Post Manager also allows users to go back and change the privacy settings of certain posts, which is ideal if they don’t necessarily want to permanently delete memories, but want them to be private instead of public.

Another, more sophisticated tool that’ll deep-clean a Facebook account is Rep’nUp. This online program will scan an entire feed and detect posts that it thinks can harm a person’s online image. After detecting harmful text posts and photos, Rep’nUp will send the user links to the posts and a reason as to why they should be deleted. The tool’s main purpose is to clean up a person’s professional image on Facebook and Instagram, especially for someone seeking a new job in 2017, but it can be used for any reason. (The site says it also doesn’t retrieve or store any login or profile information that might compromise a user’s account.)

Facebook is not everyone’s main social feed, though. There are people who prefer to use Twitter to share every passing thought, but there are programs to clean that feed up, too.

Tweet Deleter scans entire Twitter feeds for specific dates, keywords and even “rude words” that a user might want to delete. This tool can be great for those trying to score a new job or going on a date with another Twitter user who might judge them based on their long-ago love for the Black Eyed Peas.

Twitter might be a bit trickier to clean up, though, since its not just tweets that matter—there’s also retweets and replies to consider. Tweet Deleter thankfully lets users focus on particular types of posts with its retweet, replies and links filters. If there’s a specific image or link that was tweeted, those filters will help find the tweet and delete it.

The online tool is free to download, but requires a subscription for continued use and extended features such as deleting all tweets within specific dates. Those who want to use Tweet Deleter will have to pay a minimum of $5.99 a month.

For those who might have their Twitter and Facebook feeds under control, but seek to clean up their Instagram, there’s an online software called Digi.Me that automatically backs up and syncs all Instagram posts to a computer. The user can then go back and delete the posts they desire.

Digi.Me is free and can also be used to back up posts on other social media sites such as Facebook and Twitter. So if you’re going to purge on any of your accounts, it might make you feel better to back up your posts first — so at least you can remember how embarrassing you were, even if others won’t.