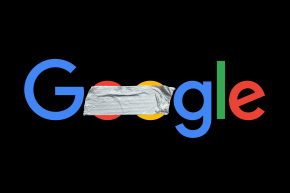 Google’s motto is "don’t be evil," but a former employee says it fails the test

A new lawsuit filed by a former Google product manager claims the company has an internal “spying program” to shut down leaks. The plaintiff alleges that Google has a confidentiality program aimed at stopping employees from leaking damaging information and that its rules violate California labor laws.

“Google’s motto is ‘don’t be evil.’ Google’s illegal confidentiality agreements, policies, and practices fail this test,” reads the opening line of the lawsuit.

The company policies mentioned in the lawsuit are allegedly put in place to encourage employees to report fellow co-workers who are suspected of leaking information. Employees are also prohibited from speaking out to its lawyers or the media about illegal activity within the company.

The plaintiff, who appears in the suit as John Doe, was confirmed by The Information to be the same employee who filed a complaint with the National Labor Relations Board earlier this year, which mentioned some of the same confidentiality practices.

A Google spokesperson told Vocativ that the lawsuit is without merit and that the company will defend the suit vigorously.

“We’re very committed to an open internal culture, which means we frequently share with employees details of product launches and confidential business information,” reads the statement sent to Vocativ.  “Transparency is a huge part of our culture. Our employee confidentiality requirements are designed to protect proprietary business information, while not preventing employees from disclosing information about terms and conditions of employment, or workplace concerns.”