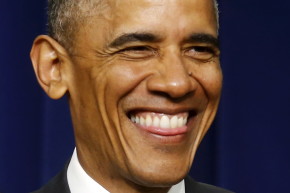 Obama To End Registry Used To Track Muslims After 9/11

The move, though largely symbolic, could stymie efforts by the incoming Trump administration to track and monitor Muslims

The Obama administration announced on Thursday that it will dismantle a dormant national registry that was used to track tens of thousands of Arab and Muslim men following the 9/11 terrorist attacks.

With a simple rule change set for December 23, the Department of Homeland Security will officially end what is known as the National Security Entry-Exit Registration System, or Nseers — a program that President-elect Donald Trump has considered reviving.

The act, first reported by the New York Times, is largely symbolic for Obama, who has sought to shore up his legacy on such issues as immigration and climate change in the final weeks of his presidency. The registry has not been in use since 2011. But looming fears of how a Trump administration might seek to track or target Muslims in the U.S. has prompted Democrats, lawmakers, and civil rights groups to urge Obama to dismantle Nseers’ regulatory framework.

“We can’t risk giving President-elect Trump the tools to create an unconstitutional religious registry,” New York Attorney General Eric Schneiderman said in a statement this week, urging the outgoing president to end the registry. Last month, nearly 200 organizations fearful that Trump could revive the controversial program, created under the George W. Bush administration, asked Obama to abolish it before he left office.

Created in 2002, the federal program first aimed to track and register non-immigrant males entering the U.S. from Iraq, Iran, Libya, Sudan, and Syria. A year later, it had expanded to 25 countries. All of them, with the exception of North Korea, were Muslim-majority nations. The program registered more than 80,000 men and teenage boys and placed more than 13,000 men in deportation proceedings, DHS figures show. However, the registry program failed to result in a single terrorism-related conviction, critics say.

That has not stopped some of Trump’s closest advisors on immigration from pushing for the resurrection of the registry. Republican Kris Kobach, the Kansas secretary of state and a member of Trump’s transition team, was one of the men who devised the program while working at the Justice Department under the Bush administration. Last month, Kobach proposed to reintroduce the registry during a meeting with Trump, leaked documents showed.

The decision by Obama to dismantle Nseers does not prevent the president-elect from working to create a new registry after he assumes office in January. But the Trump administration will have to begin the regulatory process from scratch, setting the stage for what would likely be a bruising political showdown.