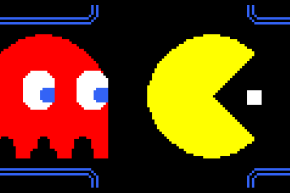 Devoted MacBook Pro users were first upset when Apple introduced a new Touch Bar, but having the ability to play retro games like “Pac-Man” maybe makes the upgrade a bit more tolerable.

Software engineers have been finding ways to modify the Pro’s Touch Bar in order to install and play classic games such as “Doom,” “Lemmings” and “Pong.”

Doom runs on pretty much everything… but can it run on the new MacBook Pro Touch Bar?https://t.co/juJGlFIXFW pic.twitter.com/kr5rM0LVmn

The Touch Bar, located at the top of the keyboard, is intended to replace the row of function keys—F1 to F12—which usually also double as the keyboard’s brightness, volumes and music control keys. With the Touch Bar, users can customize it to, say, activate Siri, access shortcut emoji and unlock the computer using Touch ID sensors.

The screen was definitely not made to play games, especially since it’s ultra-wide and has a resolution of 2160 x 60. Yet, the games still seem to function and get users addicted.

Since these games are not approved by Apple and the App Store, those interested in playing have to download the software on Github. Pac-Man is one of the easiest to install.

To play “Pac-Man” users have to tap on the laptop’s arrow keys to move the tiny Pac-Man character and escape the Ghosts. To play “Pong” users just have to slide their finger on the Touch Bar and hit the ball up into the screen.

Along with the classic games, other iOS developers have released fun hacks that will completely stump productivity. One user developed a Kitt 200 voice app, which is the AI car assistant in the show “Knight Rider.”

Other cool Touch-Bar apps to try out include piano keys, the 2011 8-Bit meme Nyan Cat, and the Running T-Rex game that appears in the Google Chrome browser whenever there’s no internet.