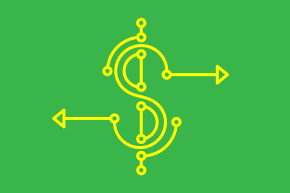 Robots and automation will create more wealth, but only for some

Recent advancements in artificial intelligence and computer vision have sparked urgent debates about the effect of automation on the job market over the next decades. But while mostly optimistic about this brave new world of robo-butlers and self-driving Uber cars, a new White House report warns that AI is poised to bring increased inequality and economic suffering if the advances aren’t accompanied by better wages and improvements to social safety nets.

“If labor productivity increases do not translate into wage increases, then the large economic gains brought about by AI could accrue to a select few,” the report said. “Instead of broadly shared prosperity for workers and consumers, this might push towards reduced competition and increased wealth inequality.”

Experts are still divided on what economic impacts the rise of AI and automation will bring. The White House report cites two divergent studies that place the loss of U.S. jobs due to AI over the next 10 years anywhere between 9 and 47 percent. In a 2014 Pew survey, 48% of experts believed that advances in AI would displace more jobs than they would create by 2025, while 52% said the economy would keep pace.

Both sides seem convinced that increasing automation will cause a painful transition period in which workers in relatively low-skilled professions will be most endangered. The report says that policymakers may have to intervene during this period by “further strengthening the unemployment insurance system” and other safety nets for displaced workers.

Conversely, Silicon Valley companies have begun pushing for systems of Universal Basic Income (UBI) to reduce the suffering expected in this period, which could work by providing all citizens with flat monthly payments to guarantee some minimum financial security. But critics of those proposals argue UBI is a one-size-fits-all trojan horse for eliminating all other critical safety nets, including food stamps, disability insurance, housing assistance and social security. The White House report similarly says that a basic income, as an economic cure-all for the automation age, could be “counterproductive.”

“AI-driven automation will continue to create wealth and expand the American economy in the coming years, but, while many will benefit, that growth will not be costless and will be accompanied by changes in the skills that workers need to succeed in the economy, and structural changes in the economy,” the report’s authors wrote. “Aggressive policy action will be needed to help Americans who are disadvantaged by these changes and to ensure that the enormous benefits of AI and automation are developed by and available to all.”