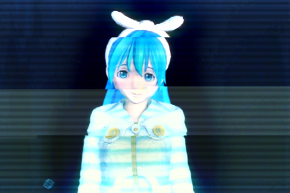 Japan’s Answer To The Amazon Echo: Anime Holograms With Personalities
By Alejandro Alba

Japan’s Answer To The Amazon Echo: Anime Holograms With Personalities

The longer the consumer is away, the lonelier the AI will get

The plot from Spike Jonze’s movie “Her,” about a man who falls in love with an artificially-intelligent operating system companion, just keeps getting closer to reality. A Japanese company created a new smart home assistant — similar to the Amazon Echo and Google Home — that uses an anime hologram to communicate with humans.

Vinclu’s Gatebox aims to not only aid consumers with day-to-day tasks, but also wants to build a human connection with them. The AI personas will be able to respond to voice interactions, tell the time and weather, read messages, control music, operate home appliances and even text its user throughout the day.

The anime character in the commercial shows a specific feature in which it’ll start acting like a significant other and ask the consumer to “come home early.” The longer the consumer is away, the lonelier the AI will get, according to the company.

The first character to be featured is named Azuma Hikari and is described as “a comforting female character that is great to those living alone. She will always do all she can just for the owner.”

Vinclu said that Azuma, which is voiced by Japanese actress Yuka Hiyamizu, will be the first of many AI personalities for the Gatebox. Each anime character will also have it’s own backstory manga on the website.

Unlike its competition, the Gatebox also introduces a new kind interaction with AI. Amazon’s Alexa and Apple’s Siri tend to have very business-like conversation with occasional dry humor, whereas the Gatebox aims for a more familiar and adoring tone.

It’s unclear yet as to what the privacy policy is for a super smart hub such as the Gatebox or what the company does with the data. The device itself can customized by consumers — whoever buys one can develop software to create their own characters and even assign new commands.

The hologram hub, which is about the size of a coffee maker, will also ship to the U.S. in January for about $2,700 —way more expensive than Google or Amazon’s hubs.