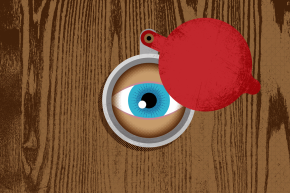 A new congressional report argues that, contrary to a view held by many in the federal government, it would actually hamper American security if the government outlawed strongly encrypted communications.

Instead, the study echoes the overwhelming, consistent sentiment expressed by cryptographers and the tech community, and found that “any measure that weakens encryption works against the national interest.”

At heart is the notion, often given as a dire warning by FBI Director James Comey, of “going dark,” meaning a criminal uses a computer, smartphone, or communication app whose security is so strong, law enforcement wouldn’t have a means to access what’s on such a device. Comey has long warned of, as an example, a hypothetical where terrorists in the U.S. would use an iPhone to coordinate, but his agents wouldn’t be able to infiltrate their communications.

But the study, from the Encryption Working Group, a bipartisan coalition of ten members of Congress from the House’s Judiciary and Energy & Commerce Committees, takes a stand against Comey, and instead endorses a common rebuttal:

Cryptography experts and information security professionals believe that it is exceedingly difficult and impractical, if not impossible, to devise and implement a system that gives law enforcement exceptional access to encrypted data without also compromising security against hackers, industrial spies, and other malicious actors. Further, requiring exceptional access to encrypted data would, by definition, prohibit some encryption design best practices.

Early in 2016, Senators Richard Burr (R-N.C.) and Dianne Feinstein (D-Calif.),  the chair and vice chair of the Senate Intelligence Committee, respectively, worked on a controversial draft of a bill to outlaw American tech companies from creating encrypted communications if they didn’t build “backdoors” into such products. The bill was widely derided by technologists, though Feinstein’s office confirmed to Vocativ in September they were still working on how to bring such legislation to life.

It’s unclear if President-elect Donald Trump would pursue such legislation. To the limited extent he expressed an understanding of encryption while campaigning, Trump seemed to call for backdoors. In one Republican debate, he said that “We should be able to penetrate the internet and find out exactly where ISIS is and everything about ISIS, and we can do that if we use our good people.”

“After careful study and input from technical, legal, and policy experts, the Encryption Working Group has come to the appropriate conclusion that encryption is a priceless tool to protect our security. Compromising encryption would be harmful to users and the economy and undermine human rights. Encryption is math, and is here to stay.”