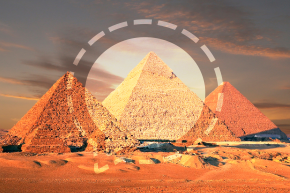 The app's creators are creating a workaround, they said

Signal, widely regarded as the best easy-to-use app for people who want to encrypt their chats, has been blocked in Egypt, the nonprofit that created it says.

In a tweet on Monday, the company, Open Whisper Systems, said that it had “confirmed” their app had indeed been censored in the country. It’s believed to be the first time Signal has been banned in a country.

Egypt is no stranger to internet censorship. Citizens in its North Sinai region reported a targeted internet shutdown for at least eight hours in September. A year earlier, Egyptians around the country experienced a temporary ban on several chat apps, including Skype, Viber, and WhatsApp.

Over the weekend, several users in Egypt complained on Twitter that they found the service suddenly unusable.

Signal’s protocol, which has been adopted by Facebook Messenger, Viber, and WhatsApp, employs end-to-end encryption. That means that each device that installs the app is given its own set of private cryptographic keys, so a government that intercepted a message would only see it as scrambled, and Open Whisper Systems itself wouldn’t be able to decipher it.

Open Whisper Systems didn’t immediately respond to request for detail. It did, however, announce that in coming weeks it would deploy “circumvention measures” to get around Egypt’s censorship.